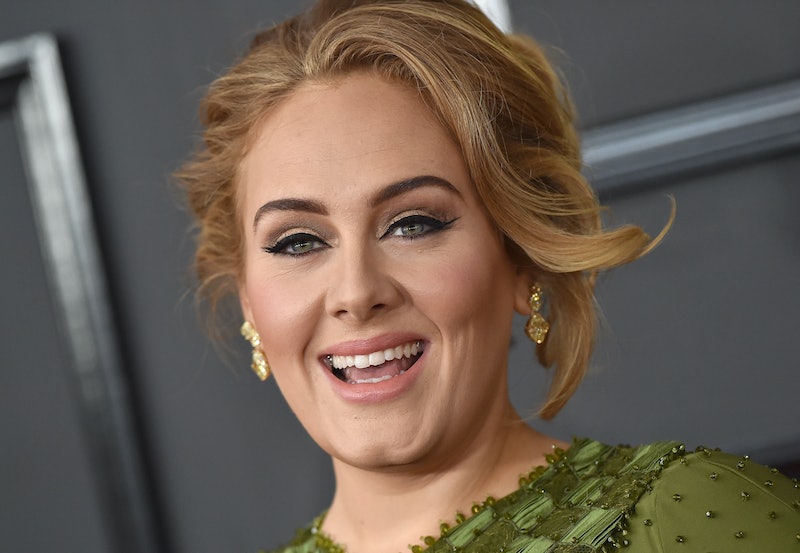 Forging a celeb friendship that brings new meaning to the phrase dynamic duo, Adele and Harry Styles were spotted on vacation together, and the photos have fans wondering what the two stars might be spending time together for. On Saturday, Adele was photographed on the beach in Anguilla, with Styles and late-night host James Corden as per People. On Twitter, photos show the "Hello" singer smiling on the beach with Styles and Corden nearby. However, it's unclear if the three stars are just close pals or plan to become creative collaborators.

The vacation comes amid a major success for Styles, who released his second solo album, Fine Line, on Dec. 13, 2019. Fine Line debuted at No.1 on the Billboard Top 200, and was the top-selling pop album by a male artist in four years, according to Billboard. Meanwhile, Adele is rumored to release new music in 2020, with multiple anonymous sources confirming that the star would have songs to share early in the year, according to People. It's possible Styles and Adele were enjoying time off, but the timing of the getaway could be a hint that the two musicians are working on a project together.

On Twitter, fans shared hopes that Adele and Styles would collaborate in response to the photos. One fan tweeted, "adele and harry styles can carry the whole music industry by doing a collaboration. send tweet", while another user seemed even more excited, writing, "THE POWER THAT THEY WOULD HAVE IF THEY PLAY A SONG TOGETHER. I AM LIVING FOR THIS."

Of course, the British singers are longtime pals, so it's also possible the two were just enjoying a weekend getaway. Styles and Adele reportedly met ahead of the Sign of the Times release, connecting through a mutual music business friend, according to Mirror U.K. Back in 2015, Adele gifted the former 1D singer a copy of 21, her third album, on his 21st birthday, as per Teen Vogue. The presence of The Late Late Show host might also suggest the beach-side weekend was a chance for the three stars to unwind.

Even so, fans continued to hypothesize about how a song written by Adele and Styles would sound, with one user writing on Twitter, "I’m crying already because it would be the most heartbreaking, profound, dramatic song ever recorded" and another fan adding to the conversation, "Imagine Harry Styles and Adele collabing on an emo ass song it’s what the world NEEDS."

It's unclear if Adele and Styles have a musical surprise planned, fans are clearly excited to see the two singers together, and seem ready to support their next career steps either way.