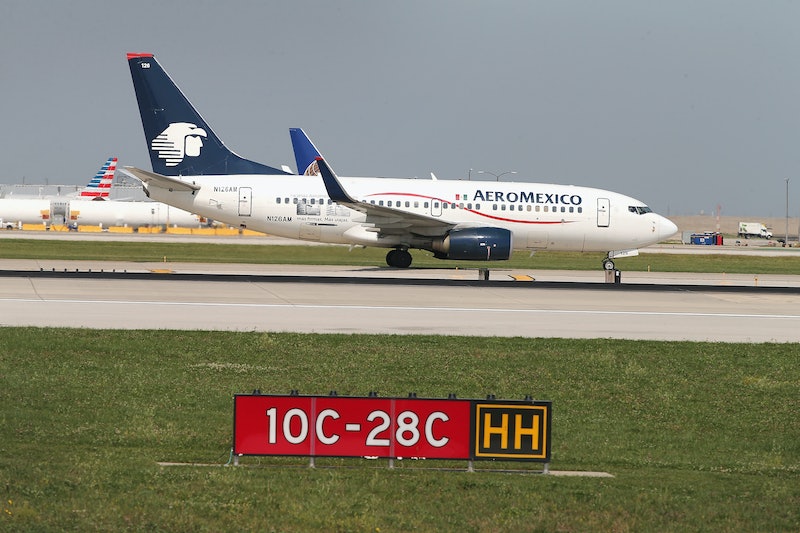 The BBC reports that an airplane has crashed in Mexico. The Aeroméxico Airlines flight, which has a capacity of 100 passengers, reportedly crashed in the city of Durango shortly after takeoff.

The governor of Durango said that nobody died in the crash, but Reuters reports that 85 people were injured. Aeroméxico confirmed on Twitter that one of its flights had suffered an "accident" and said that it is in the process of investigating what happened.

"We are working to gather additional information and will provide more details as they become available and confirmed," Aeromexico said on Twitter. "Our priority is to guarantee the safety of the clients and crew on board."

The chief of Mexico's Communication and Transportation Ministry said that the plane "fell upon takeoff," according to the Associated Press. while the country's interior minister said that the plane had 97 passengers and four crew members on board when it crashed. Mexican President Enrique Peña Nieto‏ said that the National Defense, National System of Civil Protection and the Communications and Transportation Ministry will be collaborating in the aftermath of the accident.

It's unclear what caused the plane to crash; however, Durango Gov. José Rosas Aispuro Torres told reporters that the plane had attempted to abort its takeoff due to bad weather, but it was too late. He added that witnesses told him they heard a "bang" before the plane went down. Images from the scene show the body of the plane smoldering in a field near the state capitol's airport. Aeromexico says that it was en route to Mexico City.

Alejandro Cardoza, a spokesman for the state’s civil protection agency, told local media that the plane's "crash" was in fact an emergency landing, according to Reuters, which it made around six miles from the Durango airport. He added that a smile fire broke out after the plane touched down, but it was quickly put out and there are no reports of burn victims.

"Many [passengers] managed to leave the plane on foot," Cardoza said.

Aeromexico identified the downed plane as an Embraer 190, with the flight number 2431.

"The most seriously injured is the pilot," Israel Solano Mejia, director of the Durango state civil defense office, told a local television station. "The majority of passengers left [the scene] under their own power."

According to Fox News, officials and witnesses offered contradicting accounts as to how high the plane ascended before it crashed. Some said that it successfully took off before falling to the ground, while others claimed that it gained little to no altitude and essentially veered off of the runway.

This is the second disaster Aeromexico has suffered in the last ten years. In 2009, a man briefly hijacked one of the airline's 737 jets after it departed from Cancun. He threatened to blow up the plane and demanded unsuccessfully to speak with then-Mexican President Felipe Calderon; later, he told authorities that he had no explosives on him. According to CNN, the plane landed five minutes ahead of schedule without incident, and some of the passengers were unaware that it had even been hijacked.