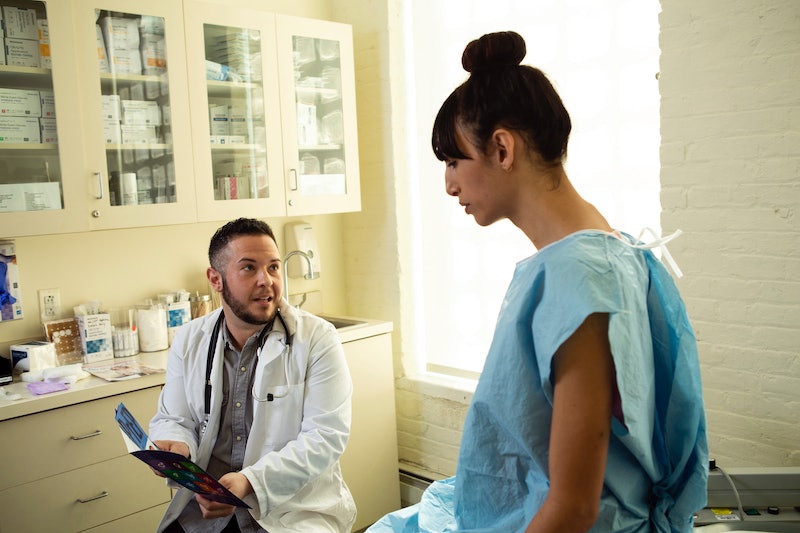 According to at least one study, Trans folks experience depression at two times the rate of their cisgender peers. Transphobia, a lack of social support for transitioning, and limited access to gender-affirming medical care all contribute to these mental health struggles. But a new study adds to a growing body of evidence that social support and affirmative medical care significantly improve trans mental health.

Having trans identity validated can come in the form of support for social transitioning, which refers to the process of a trans person letting others know their gender and living that truth however they see fit. Trans identity can also be validated by receiving adequate medical care that affirms a person’s gender. While not all trans people want or need to transition medically, those that do might pursue hormone therapy or gender-affirming surgery.

When people want to and do pursue surgical options, the new study concluded, their likelihood of needing treatment for severe mental illness declines in the years following their surgery. The study, published in the American Journal of Psychiatry, looked at the long-term health data of over 2,500 trans people for 10 years before they received gender-affirming surgery and for 10 years after their surgery. Before surgery, participants were six times more likely than their cisgender peers to be diagnosed with a mood or anxiety disorder, and were also six times more likely to have been hospitalized for suicidal ideation. After surgery, however, the study found that trans folks were 8% less likely to need treatment for mood or anxiety disorders per year since having surgery, ABC News reported. (Hormone therapy treatment was not associated with a reduction in mental health issues.)

This conclusion corroborates the findings of a 2018 study, published in the Journal of Affective Disorders, which concluded that trans people who didn’t have access to hormone therapy were four times more likely to experience depression than trans people who did have access to gender-affirming medical care. But support from medical institutions is not the only kind of support that helps improve trans people’s mental health. According to a 2016 article published in the journal Pediatrics, trans children who were supported in their social transition experienced no increased levels of depression or other mental health struggles compared to their cisgender peers. And a 2017 study published in the Journal of the American Academy of Child and Adolescent Psychiatry also found that socially transitioned trans children do not experience any more anxiety or depression than their cis peers, even though trans children who hide their gender or are made to suppress it experience much greater levels of mental illness than their cis peers.

These findings are crucial as the legal system begins to set precedents for how trans children should be best affirmed. The custody battle over Luna Younger, a seven-year-old trans girl whose mother supports her transition while her father does not, will set important precedents regarding the care of young trans folks. At issue in Younger’s case is whether she should be allowed to keep her long hair, choose what she wears, be called by her name, and use she/her/hers pronouns. And while this might seem basic, her ability to socially transition — and eventually, to medically transition if she wants to — is being challenged as something that is tantamount to “child abuse,” Vox reports.

This case isn't unique. According to the Trevor Project’s 2019 National Survey on LGBTQ Mental Health, two in three LGBT young people have had adults try to convince them to change their gender, sexual orientation, or both. Significantly, more than half of all trans and non-binary young people have seriously considered suicide, which the report suggests is connected to the high rates of invalidation and lack of affirmative support for trans and non-binary young people.

It's important to know that being trans doesn’t cause mental health issues, but not being supported can. Seeking that support and affirmation, from friends and family as well as from medical institutions, can be such an important part of improving your mental health. And you deserve that, no matter what anyone else might say.

Olson, K.R. (2017) Mental health of transgender children who are supported in their identities. Pediatrics, https://pediatrics.aappublications.org/content/137/3/e20153223.