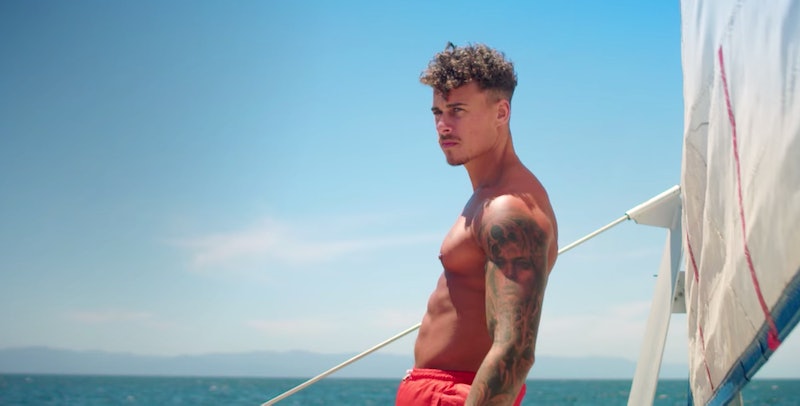 Spoilers ahead for Too Hot to Handle. Despite not making it all the way, Kori Sampson definitely made a name for himself during his short stint Too Hot To Handle. The model and personal trainer landed at the Mexican island villa six episodes in, and was promptly booted off during the finale. But what is Kori from Too Hot To Handle doing now, and how has the show affected him?

The premise of the dating show is all about forming emotional connections rather than hooking up. But Sampson remained much more interested in the latter. Let's just say, he didn't gel well with the concept of the series. Which is why it came as no surprise that Sampson, along with California native Madison Wyborny, were eliminated in the finale because each of them had not "grown enough."

Judging by his Instagram feed, Sampson didn't take the elimination to heart. And it doesn't seem like any of Lana's lessons sunk in even after having time to reflect. On a promo picture Sampson shared of Too Hot To Handle, one person commented "Most interesting person on the show you gave 0 f*cks my G" along with a laughing emoji. He responded with the same laughing emoji and a fist bump.

But what else can we learn from Sampson's grid? Well, he's deffo keeping up with his fitness regime, evidenced by the copious amount of shirtless pics. He also managed to get a tropical holiday in before the lockdown, vacaying in Thailand for a few weeks in early March with plans to return in April.

However, his plans had to be cut short due to the ongoing situation. "Back in the country been a mission but massive relief I'm here," he captioned a post on March 24. "Looking forward to having a few weeks to relax, work on myself and do some planning for some big news I got coming."

Sampson hasn't dropped any hints to what this may be, but he does have run his own lifestyle brand, so it may well be something to do with that. On the flipside, he could have taken note from some of Love Island's contestants and booked himself some TV appearances. But until Sampson reveals all, it's speculation at this point.