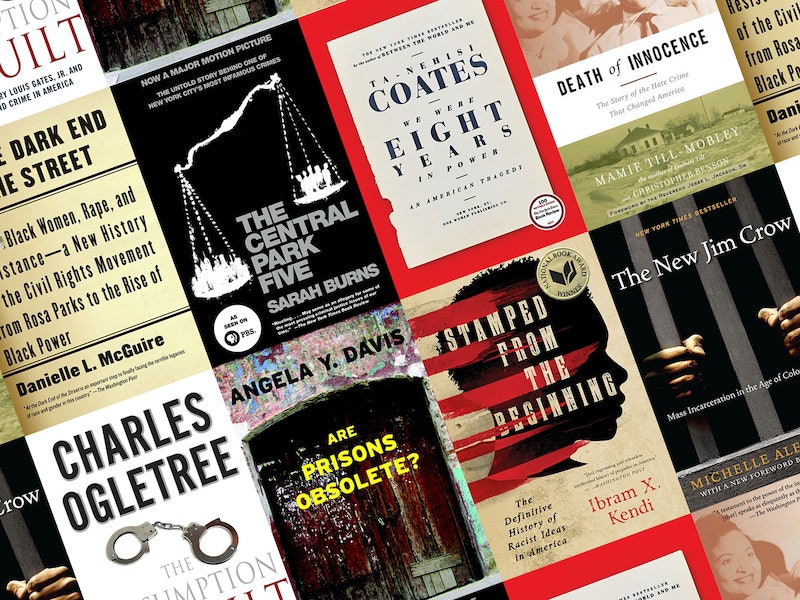 Last week, the release of Ava DuVernay's When They See Us took the U.S. by storm, reigniting conversations about race and the criminal justice system. If you've watched When They See Us and have lingering questions, I've put together a list of 10 books to help you understand the Central Park Five case.

Also known as the Central Park jogger case, the case of the Central Park Five began in the spring of 1989, when a then-anonymous white woman, later identified as Trisha Meili, was found brutally beaten and raped in New York City. Five teenagers — four black, one Hispanic — who had been in Central Park that night were brought in for questioning. The boys confessed under duress to having some involvement in the crime, and, although they recanted those confessions, the Central Park Five were later charged and falsely convicted. There was no physical evidence of their alleged involvement.

Each of the Central Park Five remained imprisoned for six to 13 years, and their names were only cleared in 2002, when a serial rapist named Matias Reyes confessed to attacking Meili in 1989. DNA evidence supported Reyes's confession to the crime. In spite of the fact that the case's prosecutor, Linda Fairstein, "bullied and stalled and blocked the mother and two friends of one suspect, Yusef Salaam, from gaining access to him," according to The Village Voice, she told the newspaper in 2002 that she "[didn't] think there was any rush to judgment." Fairstein's handling of the case, as shown in When They See Us, has prompted backlash from the public, resulting in the loss of her literary awards and advisory postions.

More like this
Steve Banerjee's Wife Irene Sold The Chippendales Brand Prior To Her Death
By Brad Witter
Casey Anthony’s Father Said He Was “Ready To Forgive Her” Before She Renewed Allegations
By Brad Witter
Where Is John Leonard Now After Suing Pepsi For A Harrier Jet?
By Brad Witter
Allie Rowbottom Will Have Her Feminism With A Side of Botox
By Samantha Leach
Get Even More From Bustle — Sign Up For The Newsletter