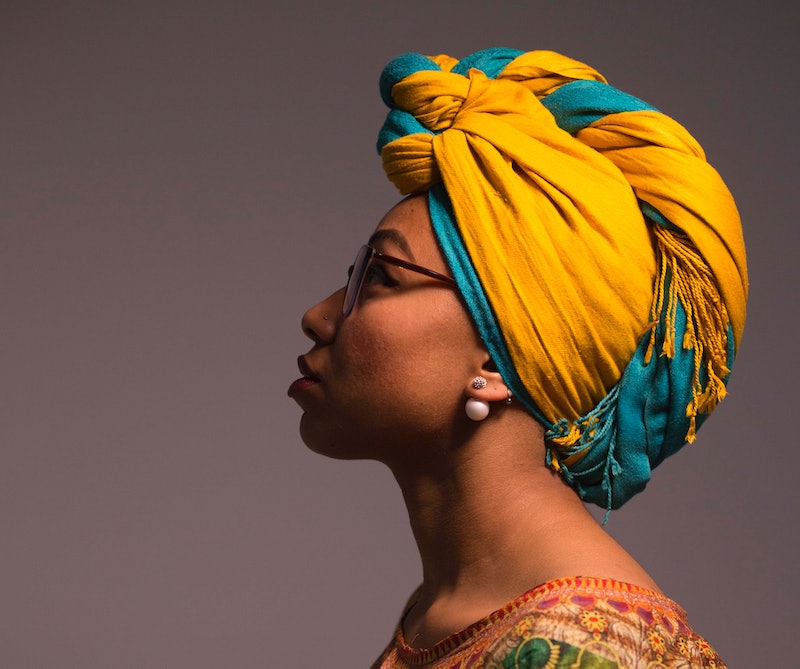 You don’t need more than a Twitter account to understand how the internet can breed nefarious and sometimes incessant cyber hate. But unless you’ve been the target of a nationwide media uproar involving front-page news stories and demands for self-deportation, you haven’t seen anything like the torment faced by author Yassmin Abdel-Magied. With a single Facebook post, the Sudanese-Australian writer and broadcaster went from being a 2015 Young Australian of the Year to what she calls the country’s "most publicly hated Muslim." It was this witch hunt-like controversy that ultimately forced Abdel-Magied to move from Melbourne to London, where she found fiction writing to be a cathartic form of self-discovery.

Her debut young adult fiction novel, You Must Be Layla tells the story of a Muslim teenager navigating the intricacies of an elite private school in Australia as its first hijabi student. The book deals with many topics faced by its author, including isolation, Islamophobia, bullying, and forgiveness, and Abdel-Magied tells Bustle this book was the lifeline that kept her hanging on after the world around her collapsed.

“I found that being able to write about these themes that I was grappling with through the lens of fiction made it easier for me to talk about what I was going through, and to interrogate these quite complex but very relevant concepts both for adults and for children,” she says.

It was in April 2017 on Anzac Day, an official holiday in Australia to honor those who have served and died in war, when Abdel-Magied took to her personal Facebook account to craft a seemingly innocuous post. At the time, Abdel-Magied was a well-known television host for ABC, an advisor to the Department of Foreign Affairs and Trade, and an award-winning social activist, whose work included founding the organization Youth Without Borders at age 16. On that somber day of remembrance, Abdel-Magied thought about how Anzac Day could also be an occasion to acknowledge tragedy-stricken communities more generally. She wrote: "LEST.WE.FORGET. (Manus, Nauru, Syria, Palestine...)," in part referencing Australia’s detention of asylum seekers on islands in the Pacific. She took a nap (her "last ever," she says) and woke up to a barrage of outraged comments that villainized her for even suggesting that Australians reconsider its singular discourse about the country's history and national identity.

"I found that being able to write about these themes that I was grappling with through the lens of fiction made it easier for me to talk about what I was going through."

Despite her subsequent apology and hasty removal of the post — "my intention was never offense, it was to ask people to reflect more broadly," she tells Bustle — a screenshot of the original post circulated rapidly and was picked up by multiple media outlets for what culminated in over 200,000 words worth of coverage on a seven-word statement. An army of internet users — journalists and trolls alike — did not cease fire, and the death threats poured in. Soon after, Abdel-Magied lost her broadcast job along with her professional relationships and engagements.

She was certainly no stranger to the sometimes dangerous phenomenon of virality, even before her Anzac Day infamy. The previous year, the writer wrote an opinion piece for The Guardian in response to author Lionel Shriver’s comments at The Brisbane Writers Festival about cultural appropriation being a "passing fad." It received thousands of likes and shares. Not too long after, as a guest on the ABC current affairs show Q&A, she challenged Australian politician Jacqui Lambie on her knowledge of Islam after she proposed a ban on the burqa and anyone following sharia law. Later in the segment, Abdel-Magied said she believed that "Islam is the most feminist religion," and the clip of that moment soon garnered millions of views across platforms and, for Abdel-Magied, plenty of hate.

In stepping away from her "unthreatening model minority" persona, Abdel-Magied became much less palatable to the public. But it wasn’t just her words that were the radical act; it was that she — a black, hijabi woman — was the one saying them.

"I’m saying things that are perfectly reasonable and have been said many times, so none of my ideas are necessarily new," she says. "They’re only viral because I’m saying it. They’re only deemed unsayable because it is not supposed to be someone like me saying them."

London, however, is a city where Abdel-Magied had seen the voices and ideas of women that looked like her embraced, and where they were encouraged to debate the issues of race, religion, and social advocacy that she cared about passionately. It wasn’t until months after her July 2017 move that she was able to write again. It became a vehicle for self love.

Enter the main character of her book: Layla Kareem Abdel-Hafiz Hussein, a manifestation of the parts the writer admires most about her younger self. Abdel-Magied is also a mechanical engineer and former captain of her university’s race car driving team, and it is no coincidence that she chose to infuse her protagonist with an affinity for invention. This highlights the multiplicity of her own identity — something which was so often overlooked in the media’s reductive labelling of her as a controversial Muslim activist. ("I’m not even sure what that means," she says.)

"They’re only deemed unsayable because it is not supposed to be someone like me saying them."

Layla is a curious teenager with a fiery determination to win a regional engineering competition. She likes to brainstorm and build. She loves her family. She is led by her faith. She dreams of adventure. She is a product of inspiration drawn from the YA novels Abdel-Magied devoured as a child, like The Hardy Boys and Nancy Drew.

"Creating this character allowed me to show readers, whether they’re like Layla or they’ve never even met someone like Layla, an insight into a character that lots of people see but don’t really know," Abdel-Magied says. That also means presenting the character’s life with a delightful degree of normalcy that sets her storyline apart from the very valid but abundant narratives portraying Muslim or African kids exclusively as the children of warfare and unshakable suffering. Yes, readers still get a delicious taste of Sudanese culture in the form of Layla’s favorite cow tongue stew, her mother’s glittering traditional toubs, and the frequent Arabic interjections, but Layla is a high schooler struggling with the same parental expectations, homework, and unrequited crushes as any other 13-year-old.

'You Must Be Layla' by Yassmin Abdel-Magied

The creative freedom Abdel-Magied allowed herself in constructing Layla’s world was the act of reclaiming an innocence lost. The author freed herself of the lingering resentment she felt over being stripped of her capacity for joy in the wake of her Anzac Day controversy.

When I first met Abdel-Magied, I was drawn to her infectious positivity. There are no traces of anger or trauma to betray her persistent smile, making it difficult to reconcile the intense pain of her story with the extraordinary presence of a woman who clearly loves to laugh. Layla is similar; she turns to humor to diffuse the tense moments of intolerance that Abdel-Magied describes with a devastating and uncomfortable realness. “Some happened to me, some happened to my family,” she says of the accounts of Islamophobia in the book, including Layla being called a terrorist and her brother’s diligent but futile search for part-time work. “None of them are untrue.”

When Layla reaches her breaking point, she fights back physically in a way that Abdel-Magied never has, perhaps representing the release of her own repressed frustration. When Layla strategizes a plan for self-redemption, she adopts the same mantra that has served her creator well over the past few years: The camel walks while the dogs keep barking.

It was primarily her faith that helped Abdel-Magied wake up from the Anzac Day nightmare with the conviction that things will get better. Enduring such racist public vitriol left deep and ugly wounds, but the healing process has begun with a newfound realization that popularity and general acceptance are not the right metrics for success. If you’re brave enough to call for change in the world, she says, there are going to be people who won’t just disagree with you. You Must Be Layla is her first step towards the next phase of her mission to make that change, and just like the camel, absolutely nothing can keep her from walking forward.