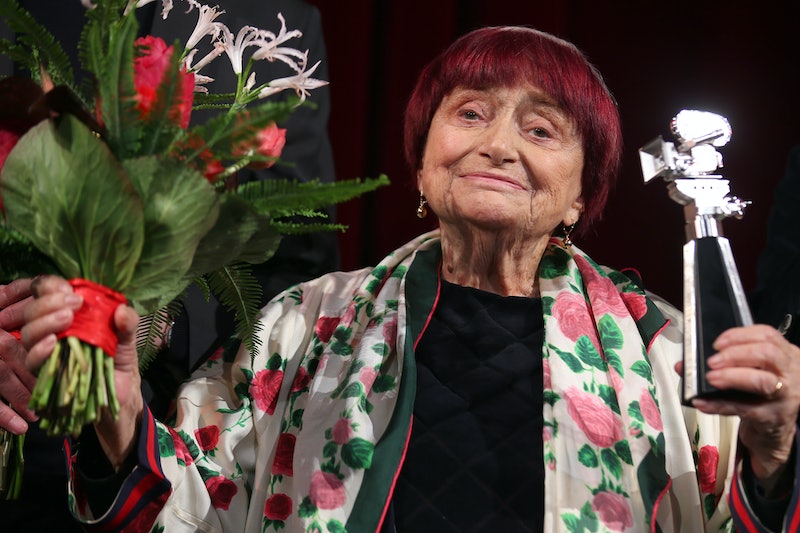 Cinephiles know the brilliant director's name, but the rest of the world should too. Agnès Varda died Thursday night at 90 years old, leaving behind a generation of filmmakers and viewers touched by her candor, and inspired by her persistence and down-to-earth inquisitiveness. The best way to appreciate her curiosity, intelligence, and sense of humor is through her films, and fortunately, many Varda films are available on streaming — all engaging, lively, human, and heartbreaking.

Starting off with narratives ranging from blunt slice-of-life to observational quiet, she moved more towards documentary later in life, always bringing her earlier career as still photographer to bear with beautiful compositions and thoughtful subject choices. Her first feature film La Pointe Court kicked off the French New Wave years before the movement's more lauded male directors even picked up cameras.

Some of her better-known work, including One Sings, The Other Doesn't, Vagabond, and Mur Murs aren't currently available on streaming. Lucky for everyone they should be shortly. Criterion is launching its own streaming service, Criterion Channel on April 8, with a discount for signing up before the official launch. But don't let convenience bar the way from seeking out her work in the meantime. Varda's films are worth the effort. Here's where you can find them: