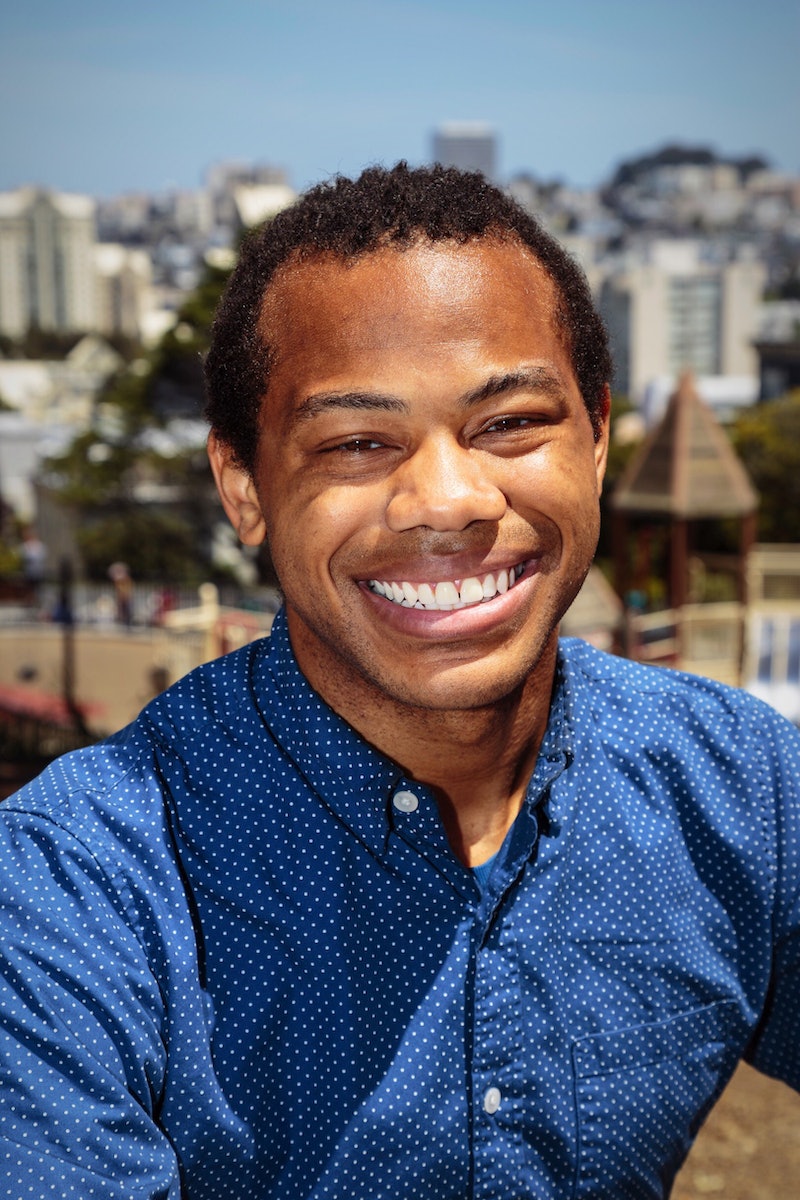 Aiden Hill is aiming to be the first person with the gender marker “X” to win an election. Hill — whose pronouns are “they/them” — is running for City Council in Berkeley, California. The “X” gender marker indicates that they’re non-binary, which means they don’t identify as either male or female. And their campaign, historic in so many ways, is especially important in light of the recently revealed plan by the Trump administration to narrowly redefine gender.

Despite stating on the campaign trail that he would stand with the LGBTQ community, Trump is once again attacking the most vulnerable of the queer community, according to a memo the The New York Times obtained from the Trump administration. The memo outlines a plan to define gender based on the genitalia people are assigned at birth and requires genetic testing to “prove” that someone’s sex assigned at birth is their “real” gender.

While some publications’ headlines — including The New York Times — stated that the memo would “define trans people out of existence,” that’s actually not possible. Trans people exist and will continue to exist, regardless of the language the Department of Health chooses to adopt. However, trans people will face increased violence, discrimination, and hardship. And, tragically, some actually will cease to exist — because they will be murdered. The murder rate for trans people — trans women, and trans women of color, in particular — is unacceptably, disproportionately high. And it will only rise if this memo is put into effect.

Hill has their own experiences with anti-trans violence, even in the liberal city of Berkeley, where they say they were recently attacked in broad daylight. And in addition to being a non-binary person, Hill is also a person of color, a former survival sex worker, is HIV positive, and was formerly homeless. Because of these intersecting identities, they know that they have a “unique opportunity to understand the different levels of oppression” and see their campaign as “a fight for everyone who has been abused by the system.”

“I had to be this voice,” Hill tells Bustle. “Because if not me — someone who has had all of these experiences — then who?”

Hill’s platform is largely about reform at UC Berkeley, which they briefly attended. After graduating with a Communications degree from Riverside Community College and being accepted to all four California colleges they applied to in 2016, Hill chose to go to Berkeley because they viewed it as a liberal city where they could live openly. However, UC Berkeley has a “cancel for non-payment” policy, which requires students to pay 20 percent of their tuition by the first day of school. Hill says that this policy places an “undue burden on those receiving federal financial aid.” Hill was required to pay approximately $6,000 up front, which was money they didn’t have.

The effect of the policy, Hill says, is that many students facing hardship — including homelessness and addiction, in addition to multiple forms of systemic oppression — are either unable to pay and are kicked out, or do pay, but find themselves in even more precarious financial situations. The dismissal from UC Berkeley was the catalyzing political force for Hill, who half-jokingly says “if they were smart, they should have just let me get my degree and move on.”

Hill’s platform also includes free college tuition, public housing, hunger initiatives, and reinforcing Berkeley’s status as a sanctuary city. Additionally, they’re focused on protecting sex workers, including decriminalizing sex work. Hill has already taken steps in that direction, when they went to the Alameda Labor Council for endorsement and asked the room, “Is sex work real work?” When the Labor Council said “Yes,” Hill knew that everyone in that room had been exposed to the idea — maybe for the first time — that sex work is a form of labor, just like every other type of labor.

While City Council of Berkeley is obviously a local position, Hill’s goal to be the first legally non-binary office holder would be historic nationally. Hill knows they have an uphill battle ahead of them and sees the political fight as a “David and Goliath” scenario, with the University and the town’s establishment as the Goliath. But Hill is David, and they’re sending up a little prayer: “May my sling shot work, with my gender marker X.”

More like this
An Honest Review of MeUndies Boxers, According To A Non-Binary Person
By Megan Lasher
The 19 Best Tweets & Memes About Bisexual Awareness Week
By Lexi Inks
Pro Footballer Zander Murray Is "Blown Away" By Support After Coming Out
By Sam Ramsden
These 2 Women Could Be America’s First Lesbian Governors
By Tess Garcia
Get Even More From Bustle — Sign Up For The Newsletter