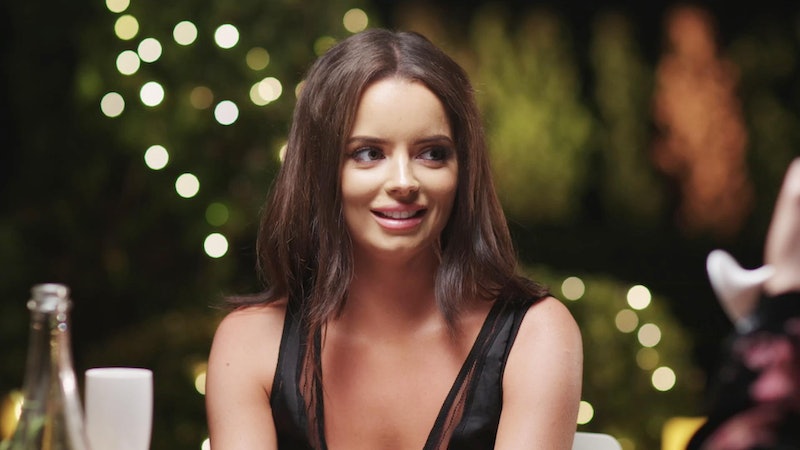 Every year Love Island comes and goes, fleeting as a summer romance you know has to come to an end. But like brief encounters of love and passion, getting super tangled up in it all is entirely worth it, even if you do feel a bit empty once it's over. Luckily though, some stars from the show stand out so much that there's no chance in heck that this is the last time we see them. Like our gal Maura, and it turns out celeb comedian Aisling Bea's stans Love Island's Maura Higgins.

The talented Irish comedian appeared on the Lateish Show With Mo Gilligan and like most Irish people, couldn't hide her pride at not one but two great fellow Irish people being on the show. Obviously Greg, who shared the prize with his new love Amber and of course the be all and end all, Maura. Bea also did an impression of Maura that truly hit the nail on the head.

"And there was also Queen of Ireland Maura on it. [Does Maura impression] Oh my god! Every time I watch her my vagina is trobbin!" she told host Gilligan.

Bea also spoke about how Maura's accent spoke to her soul, particularly as she shared the same struggle as many Irish expats.

"So I've been here for 12 years trying to make sure people don’t think that Irish people don’t pronounce their "TH"es, and Maura just walks into dat villa at dat time and she never pronounced a single "TH" da whole time she was in dere. Trobbin, dat, dis, dere. I'd never seen anything like her – she was amazing," Bea said.

The comedian isn't alone in the list of Maura's celebrity fans. The Longford lass has gained a whole legion of celebrity fans and admirers.Lena Dunham, who is currently in the UK working on a TV project, has been vocal about her love for the show and of course Maura on social media.

Dunham wrote an incredible essay for the Guardian about her love for the show. In it she mentioned the wonder of Maura and how she is akin to your naughtiest friend from uni who you become utterly obsessed with.

"Maura. What can I say about Maura. She's fun. She's feisty. She's so Irish that the word “mouth” becomes a clipped battle cry: 'Mout! He kissed me right on da mout!'" she wrote.

Another icon in the creative world, Amy Schumer appeared on video link on sister show Love Island: Aftersun. She spoke with host Caroline Flack about her love for the show and flagged Maura as a woman who does and goes for what she wants. "I'm loving this season of Love Island. I want to give a shout out to Maura. She's just like my homie, I feel very connected to her."

Ugh, don't we all babes. A woman who is unashamedly sex positive, takes no BS off anyone, shoots her shot when she sees a peng ting, and has her girls' backs at all times. You have to stan.

All hail Maura, Queen of Ireland.

More like this
Molly-Mae & Tommy Fury Shared The Cutest Gender Reveal Video
By Sophie McEvoy and Sam Ramsden
Wait, Is Maya Jama Confirmed To Host 'Love Island'?
By Sophie McEvoy
What Exactly Is The Bish & Chips Show?
By Frances Stewart
George From 'Married At First Sight' Remains On Screen After His Arrest
By Darshita Goyal
Get The Very Best Of Bustle/UK