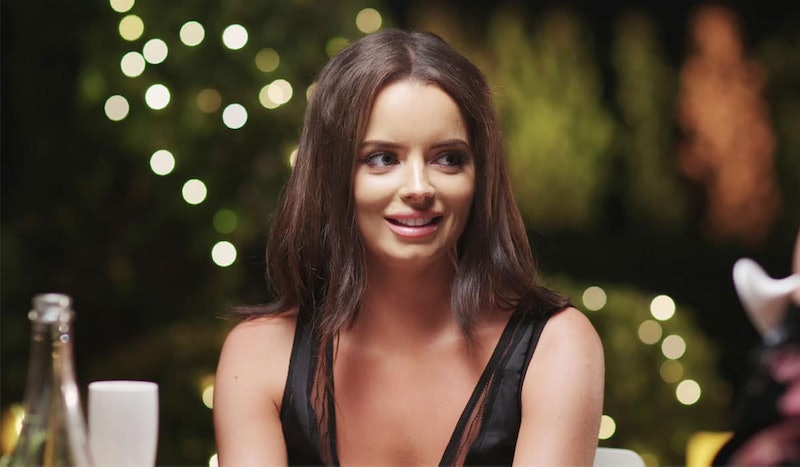 Ever since Maura walked into the villa on that famous island of love, there is no denying that she has caused quite a stir. The Irish fire cracker from Longford quickly set her sights on fellow islander Tommy Fury. As a matter of fact, she set her sights and took aim. Multiple times. And guys, Maura's sex positivity is great, but pressuring someone into intimacy is not.

Maura has been a fairly open book regarding her affection towards Tommy whether she is speaking in private in the "diary room," to friends in the villa, and to the boxer himself. She has had precisely zero filter in saying that she thinks Tommy is gorgeous and would jump his bones at the first opportunity.

What's this?! A woman on TV being sexually forward? She must be bonkers! No guys, it's 2019. Women are allowed like sex, be open about liking sex, want sex, and make the first move in initiating sex.

In a recent episode, new islander Tom was having a chat with Maura at the bar when he mentioned that the other boys didn't think he could "handle" Maura. The conversation was frankly uncomfortable but Maura stood her ground and responded in a completely appropriate way.

Tom: "You seem quite open about sex, like you're not uncomfortable talking about it."

Maura: "Yeah, like, everyone does it. Like, its's f****** normal. Women enjoy it just as much as men so I don't understand why people get so shocked when I talk about it."

This was an unprecedented moment on the show. Maura directly compared the experiences of men and women when it comes to talking about sex, and she proved the sexist hypocrisy behind it all.

However, while it's true that Maura being so sex positive is a breath of fresh air, a lesson in feminism, and a thing I am 100 percent here to celebrate, some of her behaviour towards Tommy has crossed lines that we all have to acknowledge.

Making repeated advances on someone despite their disinterest is not so cool. A fact evidenced by the 468 complaints made to Ofcom when Maura continually tried to kiss Tommy even though he made it clear he did not want to do so.

Consent is a topic were are all — thankfully — talking about more honestly and openly in 2019. People are beginning to understand the importance of saying and listening to "no" when it comes to any type of intimate situation. Of course, many of us have been in situations where we've gone in for a snog and have been rejected. But the important thing is to accept that rejection and not keep pushing. A war of attrition is not a means to consent.

The difficult thing with the perception of Maura's behaviour is that her sex positive attitude has been mixed up in the conversation about her inappropriateness when it came to Tommy's boundaries. It's important to separate the two. You can 100 percent be sex positive without pushing boundaries — the two do not come part and parcel — and we shouldn't let Maura's misstep stand as a cross against sex positivity in women.

Many on Twitter have argued that, if the shoe were on the other foot, this would be a serious issue. That if Tommy was coming onto Maura so aggressively and talking about her in such an objectifying manner, he would be annihilated by the press and in public opinion.

This theory is a thorny one to unpick. Of course, there is truth in it. However, when comparing men and women in terms of intimacy and consent, we have to consider the social and historical context at play. Maura crossed a line, and deserves to be held accountable for it. But using the situation as an bit of a "ha ha" towards feminism and equality isn't OK either.

Maura herself has vowed to stop talking about sex so much. I, for one, as a sex positive woman, think this is a real pity. I am hoping she will be able to maintain her openness regarding sex while also being respectful of other peoples' boundaries. That's a Love Island dynamic that we all desperately need to see.