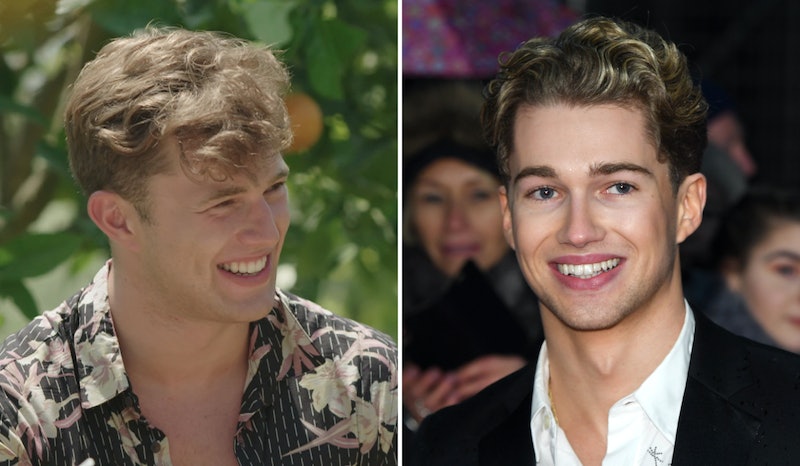 The Pritchard brothers are taking over the world one reality TV show at a time. From Strictly Come Dancing to Love Island, is there anything AJ and Curtis can't do? Must be in the genes. The brothers have recently announced a number of guest appearances on shows, but the good news doesn't end there because AJ and Curtis Pritchard have landed a new presenting job on Lorraine. Here's what we know about this latest development.

On Aug. 18 2019, The Sun reported that AJ and Curtis Pritchard will be joining Lorraine Kelly to brighten up people's lives through dance. Sounds very Curtis if you ask me. The pair are going to record two films for Lorraine. Curtis told The Sun:

"It’s been a whirlwind since leaving Love Island and I’m so excited to have the opportunity to join the team at Lorraine. I know the positive effect dance can have on people’s lives and I can’t wait to get the chance to spread that message around with AJ."

AJ added: "Lorraine and the team on the show have always been great to work with and I’m looking forward to working together long term."

If anyone could join Lorraine to cheer up people who are going through a hard time, it's definitely the Pritchard brothers.

It feels like AJ and Curtis are quite literally conquering the world of reality TV shows RN, as the brothers will appear on the UK series of Rupaul's Drag Race. Yep, that's right. The news was confirmed on Curtis' Instagram alongside a photo of the brothers and judge on the U.S show Michelle Visage with the caption "'You betta werk!' So excited to tell you that Curtis & @aj11ace are part of the all new BBC3 Rupaul UK as the dance coaches and choreographers for series 1. This show is iconic around the world and to be part something so special is an honour for both brothers." With AJ and Curtis serving as choreographers on the show, I'm expecting some serious moves. The stakes are high.

Curtis has also bagged himself another role, as the BBC announced that the Love Island alum would be joining the show The Greatest Dancer as the receptionist, who will chat to the contestants before they take to the floor. He told BBC:

"To be so quickly given an opportunity to be a part of a show as amazing as The Greatest Dancer is a dream come true. When I got the call I was so honoured to even be considered for this so the fact it’s happening I can’t quite believe! Dance is my passion and I can’t wait to meet all the contestants in the new revamped reception area."

The Sun has confirmed that the new series of the show will air in 2020.

It seems like brothers are as tight off screen as they are on screen. The Mirror reported that the pair enjoyed a double date with Curtis' Love Island girlfriend Maura Higgins and AJ's girlfriend Abbie Quinnen. According to the newspaper, the group dined at 100 Wardour Street, which a pretty high-brow restaurant. The Pritchard brothers are seriously living their best lives at the moment.