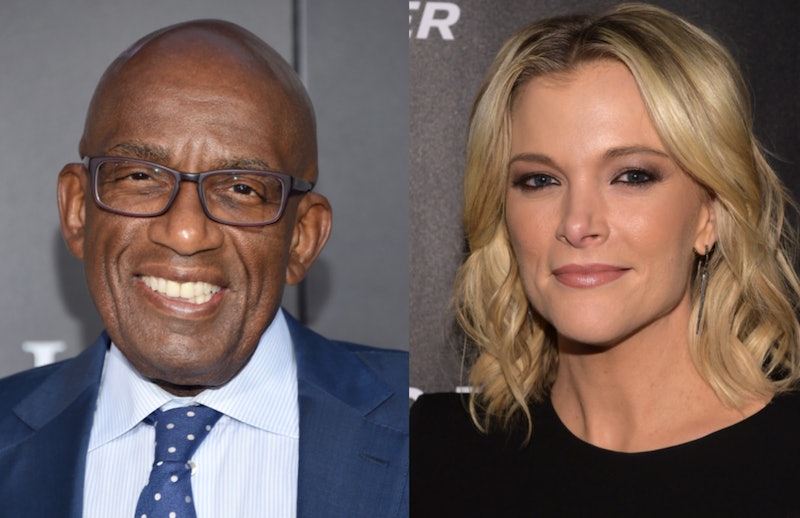 She sent out an apology memo, but her colleagues apparently weren't satisfied. NBC hosts like Al Roker criticized Megyn Kelly's blackface comments this week and said that she owed it to the nation to apologize publicly. In response, she held a panel on the topic during her Wednesday NBC show Megyn Kelly Today, during which she said that her mind had been changed on the issue.

"While she apologized to the staff, she owes a bigger apology to folks of color around the country," said Roker, NBC Today's weather anchor, before her show on Wednesday. "This is a history going back to the 1830s minstrel shows to demean and denigrate a race. It wasn't right."

On Tuesday, Kelly discussed what makes a Halloween costume offensive with an all-white panel. She lamented that someone could "get in trouble if you are a white person who puts on blackface on Halloween, or a black person who puts on whiteface for Halloween," arguing that "back when I was a kid that was OK, as long as you were dressing up as, like, a character." She suggested that a woman should be able to blacken her face if she wanted to dress like Diana Ross.

In response to the backlash, Kelly made the topic of blackface a focus of her show on Wednesday. She began with an apology: "I want to begin with two words: I'm sorry," she said.

Kelly went on to explain that while she's "never been a PC kind of person," she listened and learned.

"I learned that given the history of blackface being used in awful ways by racists in this country, it is not OK for that to be part of any costume, Halloween or otherwise," Kelly said.

Blackface in the United States took off with the advent of minstrel shows in the early 19th century (its height of popularity was between 1850 and 1870, according to the Encyclopaedia Britannica). For these shows, white performers blackened their faces and otherwise put on makeup to evoke caricatures of black people. Then they performed comedic routines based around black stereotypes. One particularly famous performer created a character named "Jim Crow," whose name inspired the term for later segregation laws.

After her apology on Wednesday, Kelly told her panel that she was only just becoming aware of this history. Roland Martin, a television journalist, told her, "The problem is, for African Americans, we know the history, and too many white Americans don't know or won't accept it. And the reality is, it is American history. Yours and mine."

"If you want to dress up like James Earl Jones in Coming to America," Martin continued, "you can put the costume on! You don't have to darken your face."

He called Kelly out still further, arguing that her comments mattered all the more because she speaks from such a high-profile platform. "Media has been the main driver of these racist caricatures throughout American history," he said. "That's why it's such a huge story."