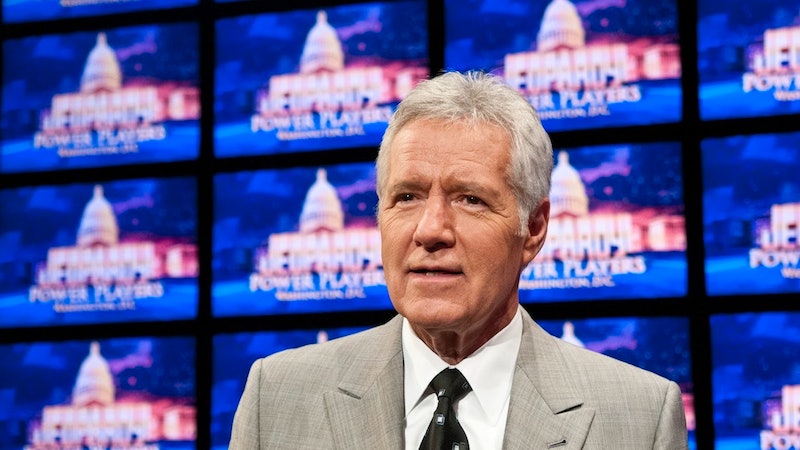 What is… a heartfelt goodbye? Alex Trebek’s final Jeopardy! lines are rehearsed and ready to go, according to the longtime host. On Thursday, the veteran host of the ABC game show talked about his future retirement plans on the ABC special What Is Jeopardy? Alex Trebek and America’s Most Popular Quiz Show hosted by Michael Strahan. While Trebek didn’t officially announce exactly when he plans to retire, he suggested that he may not host much longer due to the return of his pancreatic cancer diagnosis. Trebek said leaving the hosting position would be a “significant moment” for him.

"What I would do on that day is tell the director, 'Time the show down to leave me 30 seconds at the end. That's all I want,’” Trebek told Strahan on Thursday. "I will say my goodbyes and I will tell people, 'Don't ask me who's going to replace me because I have no say whatsoever. But I'm sure that if you give them the same love and attention and respect that you have shown me... then they will be a success and the show will continue being a success.” He then concluded, “And until we meet again, God bless you and goodbye.’”

The beloved host, who started on the game show in 1984, first revealed he had been diagnosed with stage four pancreatic cancer in March. “I'm going to fight this, and I'm going to keep working," he said in a video on the show’s YouTube page. Trebek joked, “Truth be told I have to, because under the terms of my contract I have to host Jeopardy! for three more years. So, help me, keep the faith.” While he was near remission earlier this year, Trebek announced his return to chemo again in September.

Amid his optimism at the time, Trebek got candid about how the diagnosis affected his mental health. “There are moments when, for no reason at all, I feel this surge of sadness, depression," he told Good Morning America. "It doesn't last very long, but it just takes over my whole being for a short period of time. I understand it more now so I can deal with it a lot better than I did before."

On the special, Trebek reflected on life since his diagnosis. “I just look at it as, ‘It’s part of life,'" he told Strahan. "Does that mean I’m courageous ‘cause I’m dealing with it? No. I could be scared to death and I’d still have to deal with it.”

What Is Jeopardy? Alex Trebek and America’s Most Popular Quiz Show is available to stream on ABC.