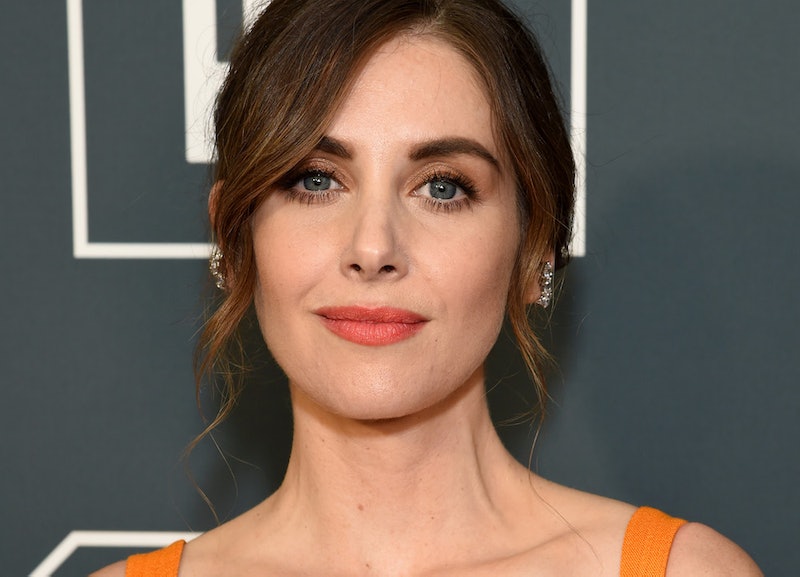 The realities of mental health issues are sometimes brushed aside in the media, but Alison Brie is opening up, saying her depression and body dysmorphia are things she’ll “probably be working through” her entire life. The Glow actor opened up in a new interview with Women's Health about how mental illness runs in her family (her maternal grandmother was schizophrenic and went through periods of homelessness) and the subsequent “trickle-down effects of trauma” among her kin. And the star also recalled past instances of body dysmorphia on red carpets.

“I go back to red carpet photos where I thought I looked so horrible, and there are some where I now think, ‘God, I looked beautiful,’” Brie said. “I think it’s something I’ll probably be working through my whole life, and depression too.” Of her depression, Brie said that it “comes out of nowhere and really blindsides me.”

While her family members have benefited from antidepressants, Brie said staying active and maintaining a streamlined diet helps manage her mental illness. Which is probably part of the reason working on an active show like Netflix’s Glow has helped her with her body dysmorphia. “It helped with my relationship to my body times a million. Before, I always felt at odds with it,” Brie said. “I wanted it to be something it wasn’t, but I didn’t have the tools to do that in a healthy way.”

Brie’s husband, actor Dave Franco, has also given her perspective during her darkest times. “It’s been funny talking to him about it,” she told Women’s Health. “He said, ‘Before I knew you, I’m not sure I believed body dysmorphia was a real thing. It’s so interesting to me what you see — and what I’m seeing when I’m looking at you — and the frank discussions we have about it.’”

Brie has since channeled her family history into art. In her Netflix psychological drama Horse Girl, available now, Brie stars as Sarah, a socially isolated woman who finds her lucid dreams seeping into her waking life. In an interview with IndieWire in February, Brie opened up about how her family informed the film. “It is a quite personal project for me,” she said. “A lot of my character’s family history is based on my own… My mother’s mother lived with paranoid schizophrenia and I grew up hearing stories about her and my mother’s childhood and just knowing that mental illness existed in my bloodline.”

"The older I get and the more I have my own bouts of depression and struggles I become acutely aware that this is in my DNA," Brie continued. "That was an interesting premise for a thriller — I can’t think of anything more terrifying than not being able to trust your own mind.”