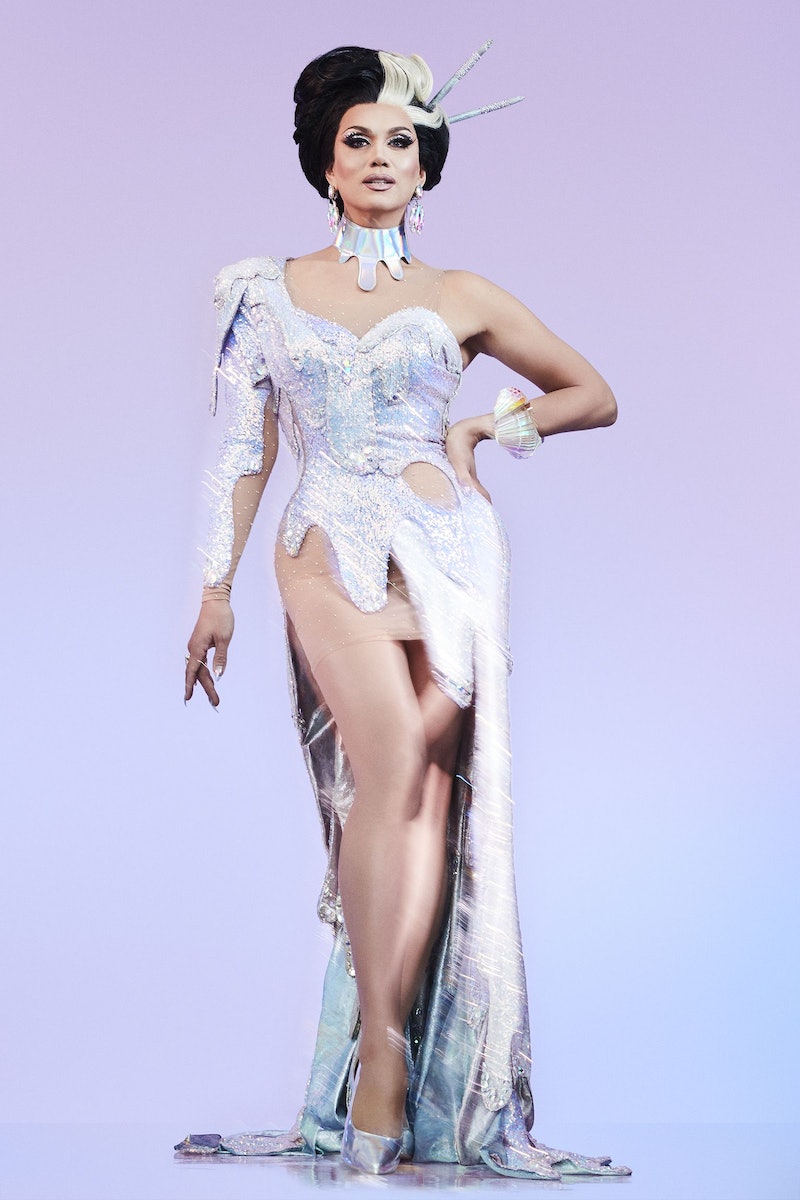 She appeared on Season 3 of RuPaul's Drag Race, Season 1 of All Stars, and now, Manila Luzon is finished with All Stars Season 4. She has orbited the universe of drag longer than some of her competitors have been alive, and someone needs to find out what night cream she uses, because it definitely does not show. With all of that experience under her padded pantyhose, she knows what she's talking about, and according to her, All Stars is a much different experience than a regular Drag Race season.

Manila originally appeared on Season 1 of All Stars, which is notorious among the queens for being kind of a train wreck that lacked direction. Thankfully, Ru and his crew took note and greatly improved future installments. It's been nearly seven years since that season aired, and eight since Season 3 of Drag Race, so when Manila walked into a room full of 10 seasons worth of veterans, she was truly gagged.

"The first All Stars, we were going in blind. We had no idea what to expect," she tells Bustle. "Coming back to All Stars four having watched seasons two and three, I had a better understanding of how the game was played, what to expect. It's very different because you're not competing against a stranger like she needs to earn your respect. You walk in respecting every one of these queens because they are all queens, they're all all-stars. It's not nearly as cutthroat — it's not like going over there and getting in a fight with a strange b*tch. These are your friends. These are the people that you know understand how this works. And you also have to understand that these girls have their own fan bases who are ready. to. attack. So you have to be careful with that too. Choose your words wisely darling, and your lipsticks wisely too."

Manila entered Season 4 handcuffed to one of those friends, Latrice Royale, paying homage to their All Stars Season 1 partnership that was iconically dubbed, "Latrila." The other queens feared that their entrance meant another All Stars season played in teams. It didn't, but ironically enough, Latrila still ended up in the bottom together.

It came after a rollercoaster of events that first sent Latrice home, and then gave her a second chance as the only winner in a never-before-seen LalapaRuza lip-sync battle. She won her first challenge immediately upon return, but found herself back in the bottom the following week. Meanwhile, Manila maintained a pretty consistent winning record and pumped out near-flawless performances and runway looks. Her first time in the bottom would be the one to send her sashaying away.

"I have such a close friendship with Latrice," she says. "And when she was not in the werkroom, the targets were on my back. Before, they were evenly distributed between the two of us as the drag queens who'd already done All Stars. So I was happy that she was back and I'm really happy that she was able to have another chance. I mean, you don't get chances very often, let alone third or fourth chances. So it just made me happy to see my friend back and have another opportunity to prove herself. And that's why when she won that last episode, as a friend, I knew that she had a wedding to pay for. And that $10,000 tip would come in real handy."

Although she was happy for Latrice, it didn't make it any easier for Manila to go home. "Obviously I wanted to stay, but it was just putting me in a really bad position," she said. "I spent the entire last two years supporting my friend, and being in the competition against her, I knew it was gonna have to happen at some point. I just wasn't ready for it ... so it was emotional and it was difficult for us to both be in the bottom. I don't really feel like I was deserving to be in the bottom, but you just don't have control over things. And it was tough."

It was especially tough considering that, unlike in regular Drag Race where the judges hold the power, a fellow queen had to make the decision to send her home. But she says that if she was going to go home without a crown against any of her competitors, she's glad it was her best friend.