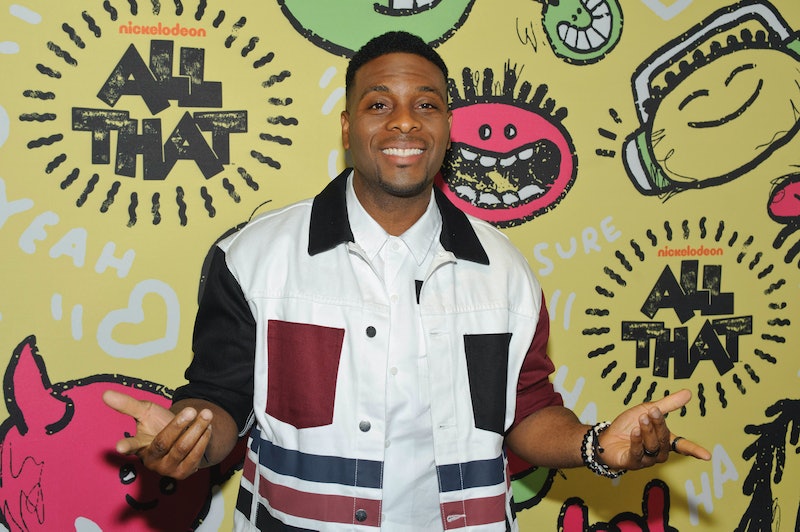 If you were a '90s baby, odds are you grew up with many great things: VHS tapes, *NSYNC, and All That. The recent revival of the kids sketch comedy show on Nickelodeon is currently in full swing complete with returning stars Kenan Thompson and Kel Mitchell, who are also acting as executive producers. The new show is definitely full of call backs to the original series, including returning sketches and cast memebers, and, hopefully, there will be more on the way. Kel Mitchell wants Amanda Bynes to cameo on All That and come back to where she got her start: making people's sides hurt from laughing too hard.

In an interview with Entertainment Tonight Live on Monday, July 8, at the new Good Burger pop-up shop in Los Angeles, Mitchell expressed his desire to see Bynes on the All That set once more. "That would be crazy! We really want her to do a cameo in All That. We've been talking about that," he told ET. "So, Amanda, come on, girl! Call ya brother up!" Her Nickelodeon fam has got her back, for sure.

Mitchell was an original cast member in 1994 when the show first premiered, and Bynes came on a couple years later in 1996. They were co-stars until 1999, which was Mitchell's final season. Meanwhile, Bynes continued to be a regular on the show until 2000, though she returned for a few episodes in 2002. And the comedian said he loved working with Bynes back in the day. "I love Amanda, she's like [my] little sister. She's so fearless," he added. "I remember her being on set, she told me, 'Hey Kel, I wanna do the physical comedy that you do.' So I used to show her little tricks to do that would make her comedy just awesome."

If you watched Bynes on All That or even her spin-off show The Amanda Show, you're probably not surprised at Mitchell's continued praise of her. "She did everything so great, so awesome, she was super fearless," he said. Unfortunately in recent years, Bynes seems to have unofficially retired from acting, earning her last onscreen credit for 2010's Easy A. After incidents of erratic behavior and outlandish tweets, Bynes was hospitalized in 2013 and diagnosed with schizophrenia and bipolar disorder.

After a time away from the spotlight, Bynes appeared on the cover of Paper magazine in November 2018, and spoke candidly about her struggles, including her desire to return to acting, and also her current goal of finishing fashion school. She recently graduated from the Fashion Institute of Design & Merchandising in Los Angeles (FIDM) at the end of June, and Mitchell congratulated her on the achievement, telling ET, "She always had style, so going to fashion school was definitely what was up."

In the Paper feature, Bynes said that while she'd want to put her degree to work some day and create a fashion line, she does want to get back into acting first. Whether she decides to go the TV or movie route first, it seems like acting is on the horizon. So why not make a cameo on the All That revival? Clearly, Mitchell would love to have you, and, let's be honest, so would the audience.