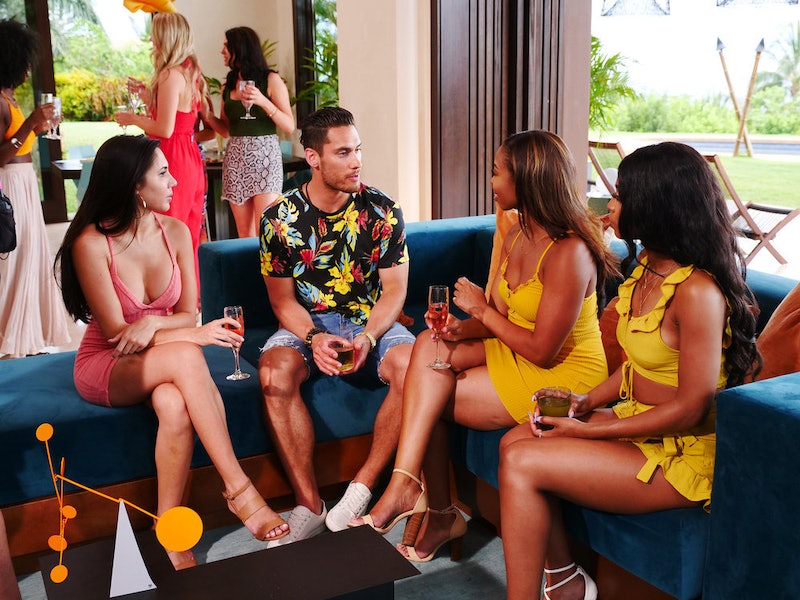 First, let's review what evidence we have from social media. Samantha does not follow David on Instagram, nor does David follow Samantha. He did only just join Instagram on Sept. 17, so maybe they just haven't gotten around to exchanging handles. But as of publication, David is only following Kate and the three other Temptation Island boyfriends: Gavin Rocker, Rick Fleur, and Casey Starchak. This could mean that David left Temptation Island with Kate and that he's doing damage control by not following any of the single women from the season. Or he just, well, hasn't really figured out how Instagram works.

Samantha also follows Gavin, Rick, and Casey, which makes the fact that she doesn't follow David more pointed. That could be a sign that whatever happens between them on the show, it doesn't end well. However, Samantha also seemed to hint at a possible romance in an Aug. 21 Instagram post. Along with her cast photo from the show, she wrote, "Want to find out what (or who) has me cheesin' so hard? Tune in this october to #TemptationIsland on USA Network!" Maybe she found a stronger connection with someone else. Or maybe she's just "cheesin so hard" thanks to some self-love. Or, you know, she's just trying to get people to watch.

As Samantha pointed out during the Oct. 24 episode, there's "a lot of competition" for David in the villa, which means there are a lot of directions his experience on the show could take, not to mention the fact that he's technically still with Kate. We haven't yet seen how she'll respond to him cheating on her (because that's definitely the clip they'll play at the bonfire), and the fate of her and David's relationship will largely depend on how she takes it. For now, we'll just have to wait with bated breath — and wide-open jaws.