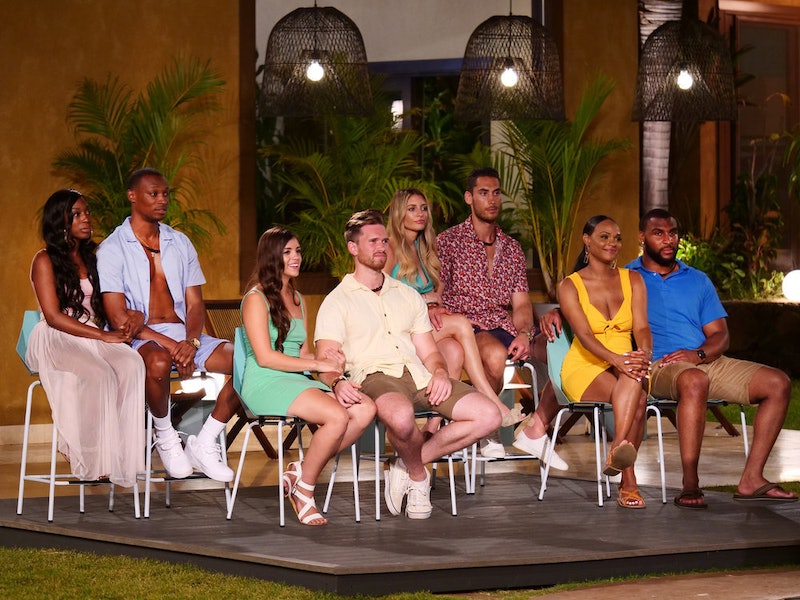 Just as in Season 1, the Temptation Island Season 2 couples are all at a crossroads and ready to put their relationships to the test. For them, that apparently means going on a reality TV show, splitting up and living in separate villas for four weeks, and trying to date other people. They all have different reasons for signing up for such a bonkers social experiment: some are in relationships in which one person wants to take the next step and get engaged, but the other isn't quite ready. Others are struggling to build trust and move past infidelity. But ultimately, they all want to prove the same thing: that they are, in fact, with the right person.

As we saw in Season 1, that plan can quickly get derailed. Only one of the four couples, Shari and Javen, ended up leaving the island still together. The other three all decided to go their separate ways. Evan, who'd been with his girlfriend Kaci on and off for 10 full years, even broke up with her for Morgan, a single he'd met on the show. Their whole issue was that Evan wasn't ready to commit to Kaci, but then he got engaged to Morgan after only a few weeks together. So the process can definitely work — just maybe not the way the couples are expecting (or hoping) it to.

Here are the eight people who were willing to tempt fate anyway — and why.

According to their USA bio, Ashley and Casey are from Deland, Florida. They met on a dating app and have been together for one-and-a-half years, but are working through some trust issues. Ashley has "been burned before" and is having trouble letting go of her past relationship troubles, while Casey has a "party boy past" and "often thinks about the single life he left behind."

The two recently moved in together, and are hoping to leave the show with more confidence about their relationship.

After four years of dating on and off, Boston couple Ashley and Rick decided to give Temptation Island a try. Their biggest issue is Rick's "flirty conversations with other women" when Ashley's not around, which she won't be for this entire season of the show.

Esonica and Gavin are from Georgia, and have been together a little over a year. Esonica represented the U.S. Virgin Islands in the 2017 Miss Universe pageant, while Gavin is an actor who played football for Western Kentucky University. She wants to get engaged, but Gavin isn't quite ready to commit, and has admitted to infidelity in the past. Now, Esonica is hoping she can forgive his past transgressions and figure out if he's truly the right man for her.

According to their USA bio, New Jersey couple Kate and David met while working as rival sales executives. They've been together for three years, and Kate is eager to settle down and start a family. But David, who is a few years younger, is a little more hesitant and still has some walls up.

See if their relationships will survive Temptation Island when the series returns Oct. 10.