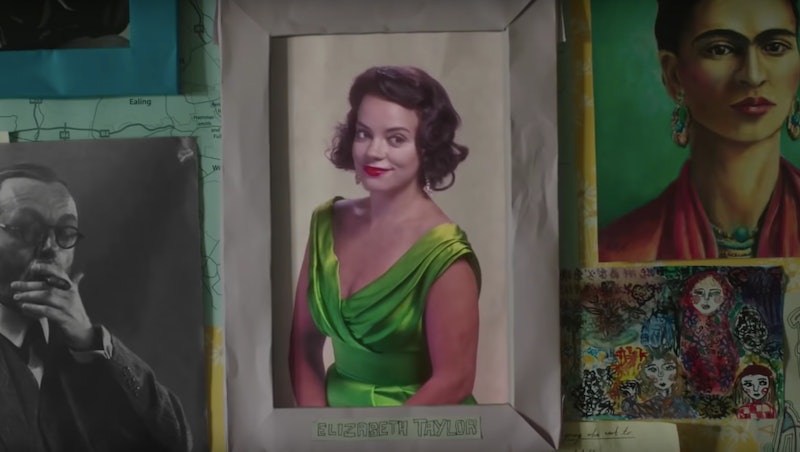 Originally published in July 2014, Caitlin Moran's How To Build A Girl quickly became the coming-of-age story that every British teenager – and their parents – wanted to read. So news that the much-loved tale was being adapted for the silver screen was music to book lovers' ears. On April 8, the first trailer for How To Build A Girl was dropped and if the sight of Bernie Feldstein rocking a beautiful red hair do isn't enough to fill you with excitement, the sheer amount of celebs featured in this short snippet is sure to do it. The trailer is positively teeming with famous faces, and we've listed every single one we spotted below.

How To Build A Girl follows the story of Johanna Morrigan, a teenager tired of her middle-of-the road, suburban existence. One day, Johanna decides it's time for a change and ups sticks from Wolverhampton to the bright lights of London, reinventing herself as music journalist Dolly Wilde.

Speaking about their decision to cast Feldstein as the film's lead, producer Alison Owen said, "We could not be more excited for Johanna Morrigan to burst onto the big screen. We searched high and low for a girl who could match the boundless wit, sparkle and big heart of Caitlin’s super-heroine and feel incredibly lucky to have found her in the effervescent Beanie Feldstein." Elsewhere in the cast you'll spot some newer talents such as Laurie Kynaston, who is playing Johanna's brother Krissi, as well as some much-loved legends. Below are just a few of them.