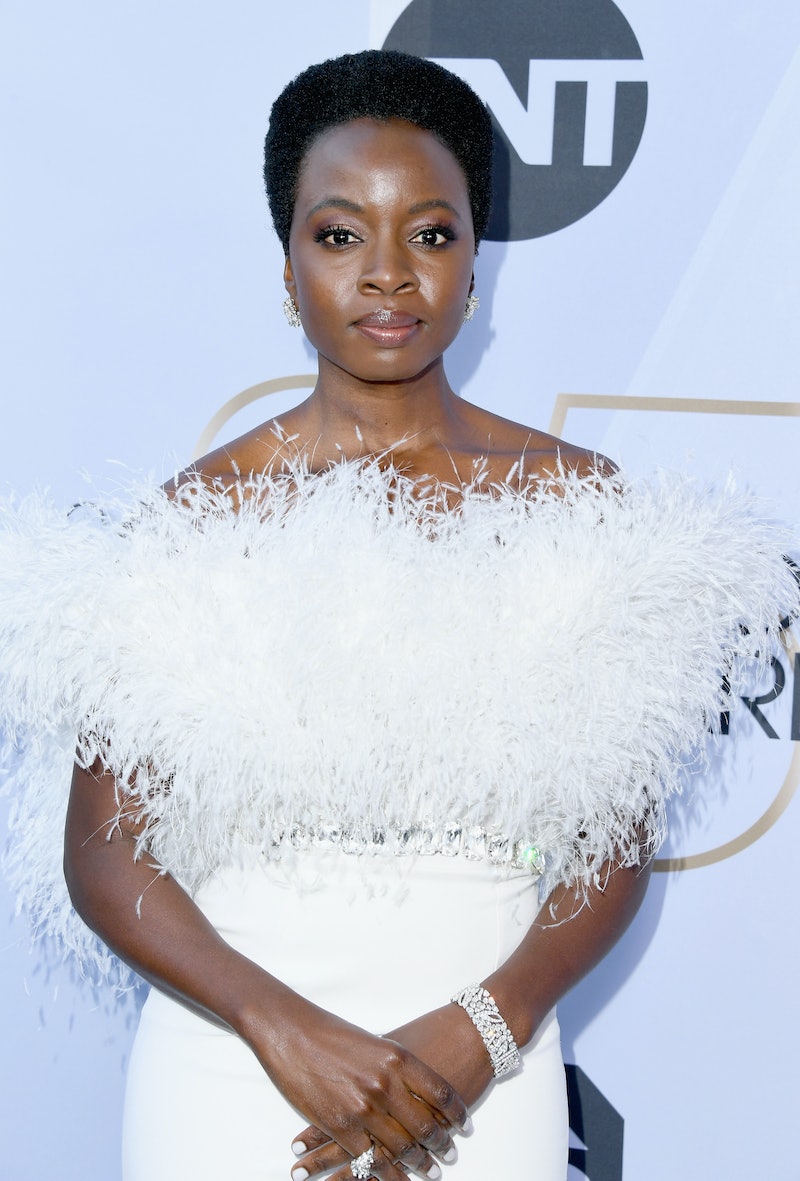 At every awards season red carpet, there's bound to be at least one trend — and there are usually more — that asserts itself. Feathers were quite the 2019 SAG Awards fashion trend. Several celebs rocked gorgeous gowns that were adorned with fabulous and fluffy feathers in some capacity. While sheer dresses dominated the 2019 Golden Globes earlier this moth, the SAGs were all about the feathers. From Michelle Yeoh to Ryan Michelle Bathe, there were feathered dresses aplenty. Even Lady Gaga's dress had a feathered touch. If you blinked, you might have missed it — really.

Feathers are absolutely awesome when they are incorporated into couture. They not only add texture — they also add an air of whimsy to a dress. Such was the case with the ethereal, feathered gowns we witnessed at this year's SAG Awards.

Many of the feathered frocks were in neutral hues. That's because feathers are such a fabulous and strong sartorial statement that you don't want the other elements of the ensemble to compete with 'em.