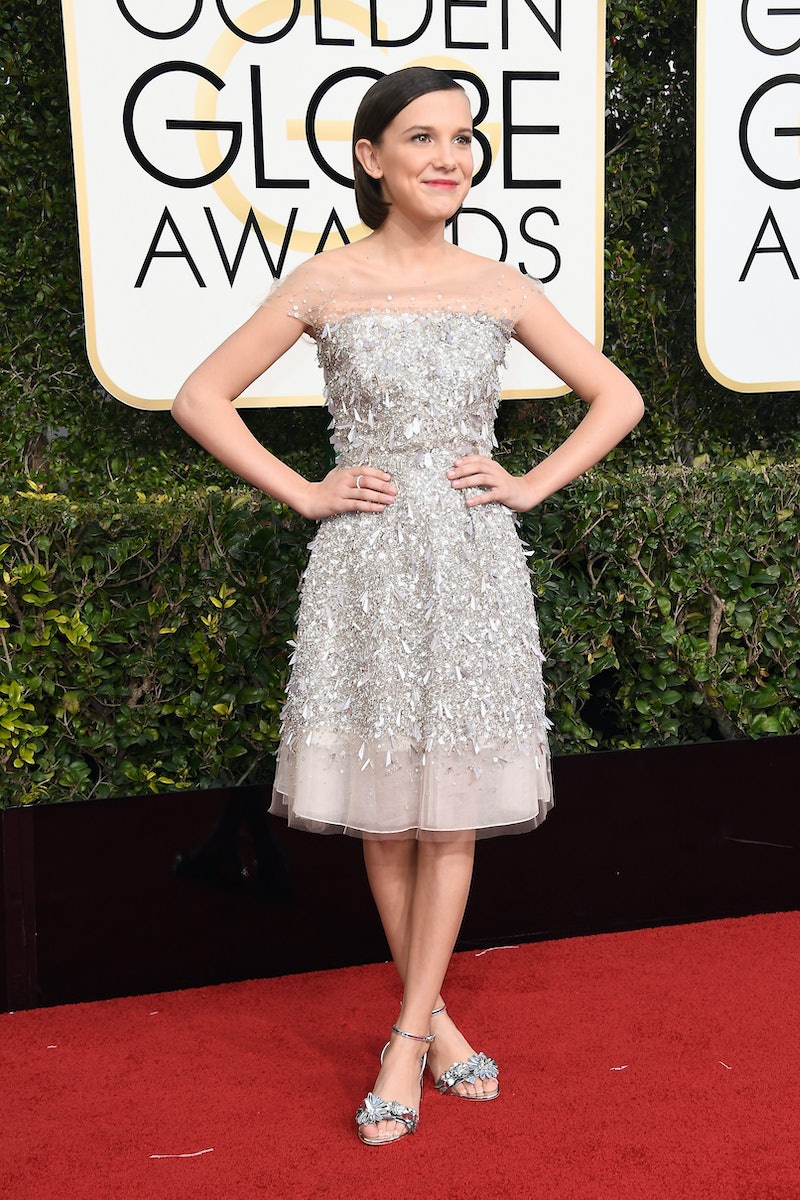 Ah, 2017. It's finally here. As we say goodbye to the absurdity that was 2016, we say hello to something lighter — the beginning of awards season. The 2017 Golden Globes red carpet is the slightly less serious version of the Academy Awards, but with just as much glamour. And let's be honest — what better way to kick off a new year than a relaxing and entertaining evening of swooning over beautiful gowns and (probably) watching La La Land win roughly 99 percent of awards? Exactly.

Whether or not Ryan Gosling and Emma Stone are big winners or not, though, the thing we can all count on is that Globes fashion is usually memorable. It's a little more playful than the Oscars, while still allowing for big style moments — gowns, pantsuits, sequins, bold colors. You name it, and the Globes carpet will have it. Plus, the Globes aren't reserved for just movie stars. Your favorite TV actors and actresses will be there as well. This just means more chances for me to wonder why I'm not friends with the entire cast of Game of Thrones. But, you know, also fashion. That too. Here are all the looks from the 2017 Golden Globes.