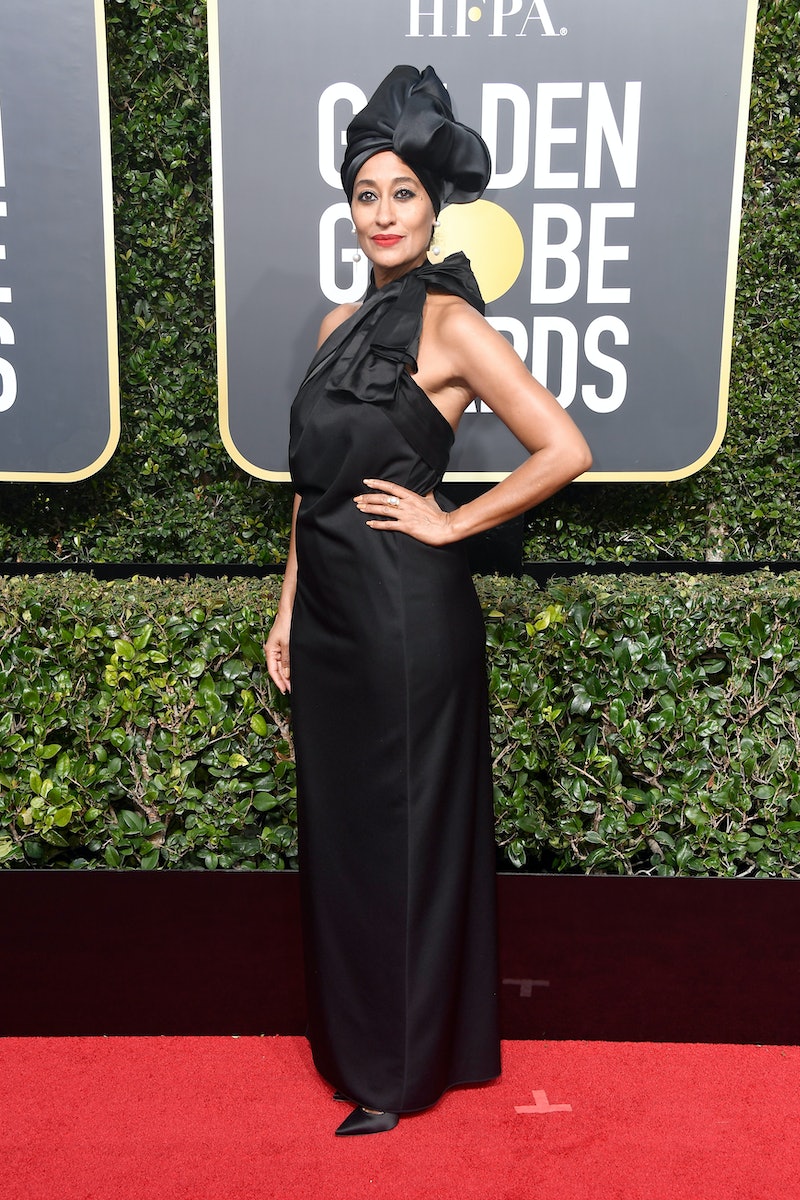 In the weeks leading up to the 2017 Golden Globes Awards, preliminary media coverage of the awards show popped on most everyone's news feeds and timelines. But this year the anticipation of what the stars would wear was a little bit different than usual. In the anticipatory coverage of the show, it surfaced that many nominees and attendees for this year's ceremony (both men and women) announced they planned on wearing black to the Globes in an effort to protest gender inequality, sexism, and sexual violence in the entertainment industry.

This statement comes on the heels of industry mega star Harvey Weinstein being accused of sexual misconduct by dozens of women — and the viral #MeToo movement that followed. The latter encouraged women to share their own stories of gender inequality and sexual violence in an effort to highlight the disturbing prevalence of such conduct. Both in Hollywood and beyond, #MeToo put the rampant gender inequality and mistreatment of women in the spotlight in a remarkable way. What started as one man's accusers speaking out snowballed into an avalanche of consequences for men in all corners of the entertainment industry.

When it comes to #MeToo's effect on the Golden Globes, there's of course no doubt that the black dress protest was inspired by the movement. The two are inherently connected. And while some people are still on the fence as to whether or not men wearing black to the awards really means anything (don't most of them wear tuxes, anyway?), such a sweeping gesture from so many industry names is big. While #MeToo could have easily faded away into the background, as many viral hashtags tend to do so quickly, it hasn't. It's three months later and not only has it not been silenced, but now the most powerful women in Hollywood are bringing it to one of the largest and most public stages in entertainment.

There may be those who argue that a more powerful statement could be boycotting the award show altogether, or raising money for causes supporting gender equality. But so many people banding together for one common cause is indisputably powerful in its own right, especially when those people hold so much influence. The black dresses are, as many women in Hollywood posted on social media throughout Golden Globes day, a signal that #TimesUp — for sexism and gender equality in Hollywood, as well as far beyond.