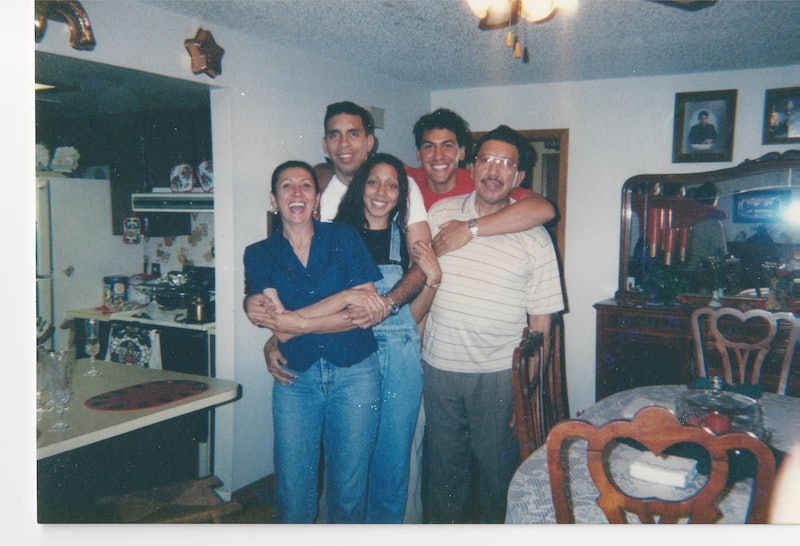 Netflix's Unsolved Mysteries reboot starts with a doozy of a case. On May 16, 2006, 32-year-old Baltimore resident Rey Rivera disappeared; one week later, he was found dead at the Belvedere Hotel. Due to the unusual and conflicting information surrounding the case, armchair detectives have spent the last 15 years speculating about what happened, ultimately narrowing it down to two main theories about Rivera's death.

The show breaks down the few concrete pieces of information in Rivera's case. He and his wife Allison moved to Baltimore so he could write financial newsletters for his friend Porter Stansberry's investment strategies company. In the weeks leading up to his disappearance, Rivera seemed to be paranoid that somebody was stalking them. Then on May 16, he rushed out of the house after getting a late night call. His body was later discovered in an unused conference room at the Belvedere. A narrow hole in ceiling above him suggested that he'd fallen from the roof of the hotel, though his cause of death was declared "undetermined." He also left behind a cryptic note.

The first theory, and the one that Baltimore officials leaned towards, is that Rivera died by suicide, though his loved ones insist throughout the episode that that would have been out of character. On the Unresolved Mysteries Reddit page, one user pointed to the "bizarre" note Rivera had left as evidence that he was someone with an undiagnosed mental illness. It began with Free Mason-related wording — "brothers and sisters, around the world right now volcanoes are erupting, what an awesome sight" — and also contained a long list of family members and celebrities who Rivera wanted to make "five years younger." The note had been folded up very small and taped to the back of his computer.

The other major theory revolves around Rivera's work for Agora Inc, which Stansberry's company is affiliated with. Rivera wrote the Rebound Report for a division of Agora, but per WBAL-TV Baltimore, he was unhappy about his work because some of the stocks he wrote about weren't rebounding — which meant lost money for anyone who bought them based on his advice. In the fall of 2005, Rivera left Agora full-time and began producing videos for the company under contract.

However, before Rivera was hired, Stansberry's company was already under investigation by the Securities and Exchange Commission for selling "nothing more than baseless speculation and outright lies," according to the Washington Examiner. The Baltimore Sun reported in 2007 that the company was ordered to pay $1.5 million in restitution and civil penalties for "disseminating false stock information and defrauding public investors through a financial newsletter," though Stansberry denied any wrongdoing. It's not totally clear if the complaint was related to Rivera's Rebound Report, though it's not mentioned in the SEC report. Nonetheless, Redditors have speculated that Rivera was killed after he lost someone a significant amount of money. (No one from Agora has ever been implicated in Rivera's death. According to Unsolved Mysteries, the company's staff was advised not to speak about the case with the media or law enforcement, and Stansberry has continually declined to be interviewed.)

Unfortunately, there's not enough information to form a clear picture about what really happened to Rivera that night. And if no one steps forward with a new lead, his death will remain a mystery.

More like this
‘Squid Game’ Creator Hwang Dong-Hyuk Just Dropped A Major Season 2 Tease
By Brian Anthony Hernandez and Bustle Editors
Where Is The Bling Ring’s Rachel Lee Now?
By Arya Roshanian
Lori Vallow’s Son Was Arrested For Sexual Assault Days Before 'Sins Of Our Mother' Premiered
By Brad Witter
Lori Vallow Faces The Death Penalty For Allegedly Murdering 2 Of Her Children
By Brad Witter
Get Even More From Bustle — Sign Up For The Newsletter