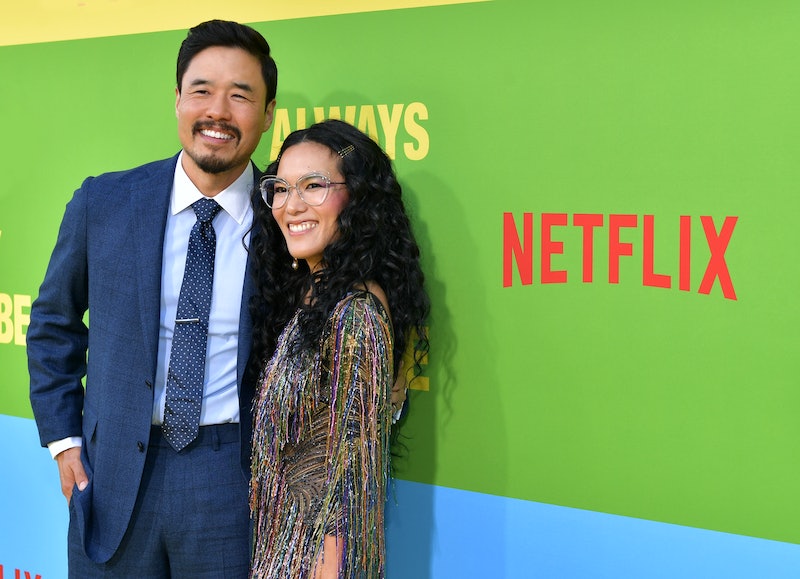 If you watched the trailer for Netflix' upcoming romantic comedy, Always Be My Maybe, and felt like it was catered directly to you, that might be because it somewhat was. In a recent interview with New York magazine, via Vulture, star and co-writer Randall Park talked about how Always Be My Maybe was made thanks to fan support after Ali Wong casually mentioned in an interview that the pair were thinking about making a romantic comedy together.

In September 2016, shortly after Wong became a comedy superstar with the release of her Netflix standup special, Baby Cobra, the comedian and writer told The New Yorker that she and Park had been tossing around the idea of making "our version" of When Harry Met Sally for years. The throwaway comment garnered a great deal of attention from journalists and fans on social media, who demanded to see Wong and Park's rom-com immediately. The two comedians soon started getting calls about the film's script. The only problem? They hadn't actually started working on it yet.

"I think you guys are probably responsible for the movie happening. I don’t think it would’ve happened without that article about the article,” Park said, referencing a Vulture article published in 2016, asking Hollywood to make the movie a reality. "After that came out, both our respective teams got inundated with calls for the script, and we thought we should write it."

Wong said something similar about the project in a recent interview with Vanity Fair, where she admitted that the Internet basically "willed" Always Be My Maybe into existence after fans went crazy over the possibility of a romantic comedy starring Wong and Park. "We started getting all these calls from people like 'We want to make the movie,'" she recounted. "And we were like, ‘We haven’t even written it yet.'"

While the movie may have only been written and produced within the last two years, Wong and Park have been talking about it for a long time, and used their own lives and longterm friendship as inspiration for their characters. Wong told New York magazine that when Park first mentioned the idea back in 2016, she thought he intended for her to write something for another actress to star in, opposite him. "Anne Hathaway or something," she said. "And then he was like, 'No. I think it should be something we write together and that you and I star in together.'"

They also intended for the film to include plenty of Asian-American representation, and cast actors like Daniel Dae Kim, Keanu Reeves, and Vivian Bang in key roles. "What happens when you populate a movie with a lot of Asian-American people is that they get to be people. They don’t have to be the Asian person in the movie," Wong explained.

Of course, there's another reason why Kim and Reeves were cast in the film; Wong recently (jokingly) admitted on The Ellen DeGeneres Show that she wrote the film as an excuse to kiss handsome men. "I kiss a lot of men," Wong joked about her trio of love interests in the movie. "It’s like, who wrote this movie, right? I kiss a lot of sexy men. I kiss Daniel Dae Kim. I kiss Keanu Reeves. I basically made Netflix spend all this money on a movie just so I could kiss Daniel Dae Kim and Keanu Reeves."

It turns out that Always Be My Maybe was wish fulfillment for its star, as well as fans, as Wong confessed that she experienced "pure joy" while filming scenes with Kim. "He improvised lifting me up, and that was even more exciting than kissing Keanu, because I told my best friend, 'He lifted my up and it wasn't a problem for him.' That was so sexy to me," she told host Ellen DeGeneres. "He wasn't swearing or anything."

From the sounds of it, Always Be My Maybe is making all kinds of dreams come true, and it hasn't even officially dropped on Netflix yet. Sometimes, the Internet really does come through.