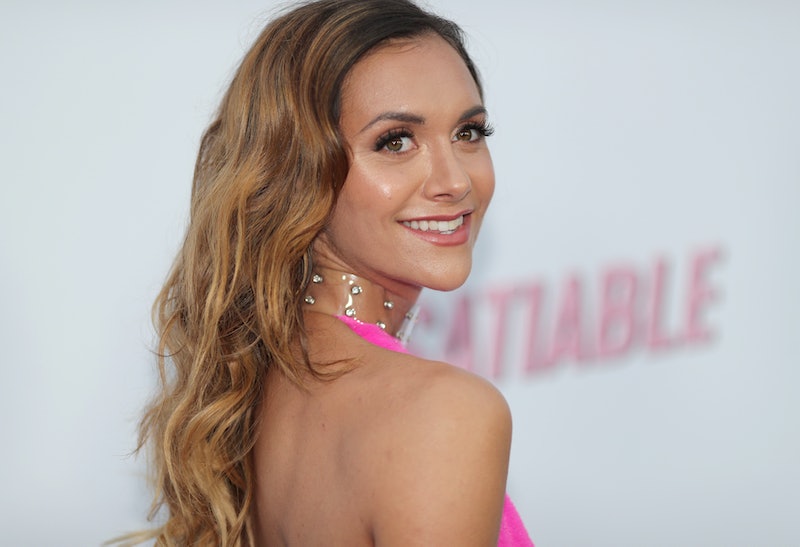 On Feb. 13, actor and singer Alyson Stoner opened up about seeking treatment for an eating disorder and how being a child star impacted her health in an interview with PEOPLE. Stoner is known as the pig-tailed dancing kid in Missy Elliot’s “Work It” music video and acting roles like Cheaper by the Dozen, Step Up, and the Disney original movie Camp Rock, PEOPLE reports. In an exclusive interview with PEOPLE, Stoner said working non-stop and becoming famous at such an early age affected her emotional and physical wellbeing, and she started developing health problems as early as six years old, including severe anxiety that caused heart palpitations, hair loss, and seizures. “As a kid, I learned to make fire out of fumes,” Stoner told PEOPLE. “It’s all I knew.”

Stoner told PEOPLE that she also experienced trust issues, difficulty socializing with others her age, and a “terrifying fear of failure.” Stoner says the mounting pressure led her to experience anorexia nervosa, exercise bulimia, and binge-eating disorder, according to PEOPLE. While in treatment for eating disorders, says PEOPLE, Stoner was also diagnosed with generalized anxiety disorder, obsessive compulsive disorder (OCD) tendencies, and alexithymia, a condition in which people have difficulty identifying and describing their feelings, according to a 2017 study published in Frontiers in Psychology.

In a national survey of women with eating disorders, NEDA found that 94 percent of women had a co-occurring mood disorder and 92 percent had a co-occurring depressive disorder. The survey also found that there is a “markedly elevated risk for obsessive-compulsive disorder among those with eating disorders,” according to NEDA, with 69 percent of respondents with anorexia nervosa also experiencing OCD and 33 percent of respondents with bulimia also experiencing OCD.

Eating disorders are often so closely tied with OCD because both can cause intrusive and compulsive actions intended to relieve the anxiety of the person experiencing them, according to Walden Behavioral Care. But it can sometimes be difficult to diagnose whether the disorders overlap or are mutually exclusive from each other, says Walden Behavioral Care, which affects the treatment path. Either way, it’s important to talk about how eating disorders and mental health aren’t always mutually exclusive.

Stoner communicated the pain her career was causing through her relationship with food and its connection to her mental health. “Some people are complimentary of me when it comes to maybe not acting out in ways that they see other child stars behaving,” Stoner told PEOPLE. “I was acting out, but I chose vices that were societally acceptable and praiseworthy.”

Conversations like these are so vital to creating greater awareness of how eating disorders and other mental illness are often so closely connected. After all, education and awareness are the foundation for better treatment options for those who might share similar experiences as Stoner.

More like this
6 Abortion Advocates To Follow On TikTok
By Sara Youngblood Gregory
The UK Abortion Laws In 2022, Explained
By Sophie McEvoy
Travis Barker & Kourney Kardashian’s Updates About His Health Are Promising
By Stephanie Topacio Long
Lily Allen Was “Quite Emosh” After Performing Sober At Glastonbury Festival
By Stephanie Topacio Long
Get Even More From Bustle — Sign Up For The Newsletter