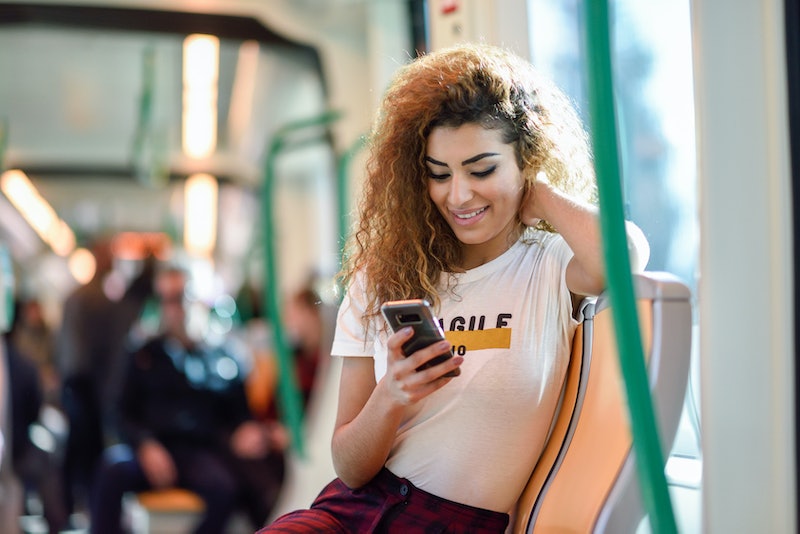 We're in the thick of it, folks.

This year's especially intense flu season is only now approaching its peak, so if you have been able to avoid the illness thus far, you're not quite out of the woods yet. While you may be doing everything you see possible to avoid infection (flu shots are still widely available!), germs lurk EVERYWHERE, and taking shelter in your house for the rest of the season is not very realistic. One question many (especially those who live in cities) are asking is: Am I more likely to get the flu if I use public transit?

Let's first look at the facts: flu is a term used to describe the variety of respiratory ailments caused by any of the influenza viruses. Its symptoms include sore throat, congestion, headache, fatigue, and fever, among others. Many years ago a flu diagnosis effectively meant a death sentence, but at present, the flu is not typically fatal. Though it can be very dangerous when it presents more seriously in children, and infects individuals considered higher risk (the elderly, those with compromised immune systems), according to the CDC.

The flu is believed to spread primarily through mucus droplets in the air after someone sneezes or coughs (particularly when someone sneezes or coughs directly ON someone), according to the CDC. Less likely but still possible is infection when someone comes into contact with these droplets on a surface, as well as transmission simply through breathing, according to a recent study conducted by the University of Maryland and published in the Proceedings of the National Academy of Sciences.

So how does this affect your bus or train ride to work?

Research published in 2011 in BMC Infectious Diseases details a controlled study performed during the 2008-2009 flu season that explored the link between development of an acute respiratory infection, and an individual's use of public transportation. Researchers were able to determine the use of a bus or tram within five days of initial symptom onset was associated with a rate as high as SIX TIMES that of an individual who had not taken public transportation. Further, habitual public transportation use made little difference in the development of an acute respiratory infection.

Another study out of Purdue University explored the prevalence of potentially flu-causing microdroplets on airplanes, and found passengers on a four-hour flight can inhale upwards of 90,000 droplets — some of which undoubtedly carry infections. While it is unlikely you are taking a four hour flight to get to work, this experiment does reveal just how many harmful particles one can be exposed to in a confined area surrounded by other people.

Between these studies and knowing even the basics about respiratory ailments like the flu, one can easily conclude that yes, riding public transportation may indeed increase your flu risk.

But don't despair, there are definitely precautions you can take during your commute to decrease this risk. Some of them are fairly basic. For example, if someone near you is coughing, sneezing, or sounds stuffed up, the best thing you can do is try to get away from them. This goes double for kids who seem sick as they notoriously do not have the best sick manners. If you can, avoid touching things like escalator railings or arm rests, and try to sit is less-densely occupied places.

Dr. Mark Dykewicz, a physician and professor at St. Louis University School of Medicine, strongly urges the use of hand sanitizer. In an interview with Jenny Chan and the ABC News Medical Unit, he says, "I would emphasize using any antimicrobial hand gel — I take that on airlines."

Public transportation use may somewhat increase your risk of catching the flu, but likely not too much more than spending any time in the general public does. As long as you use common sense and are a diligent hand-washer, you should not have to change your commute.