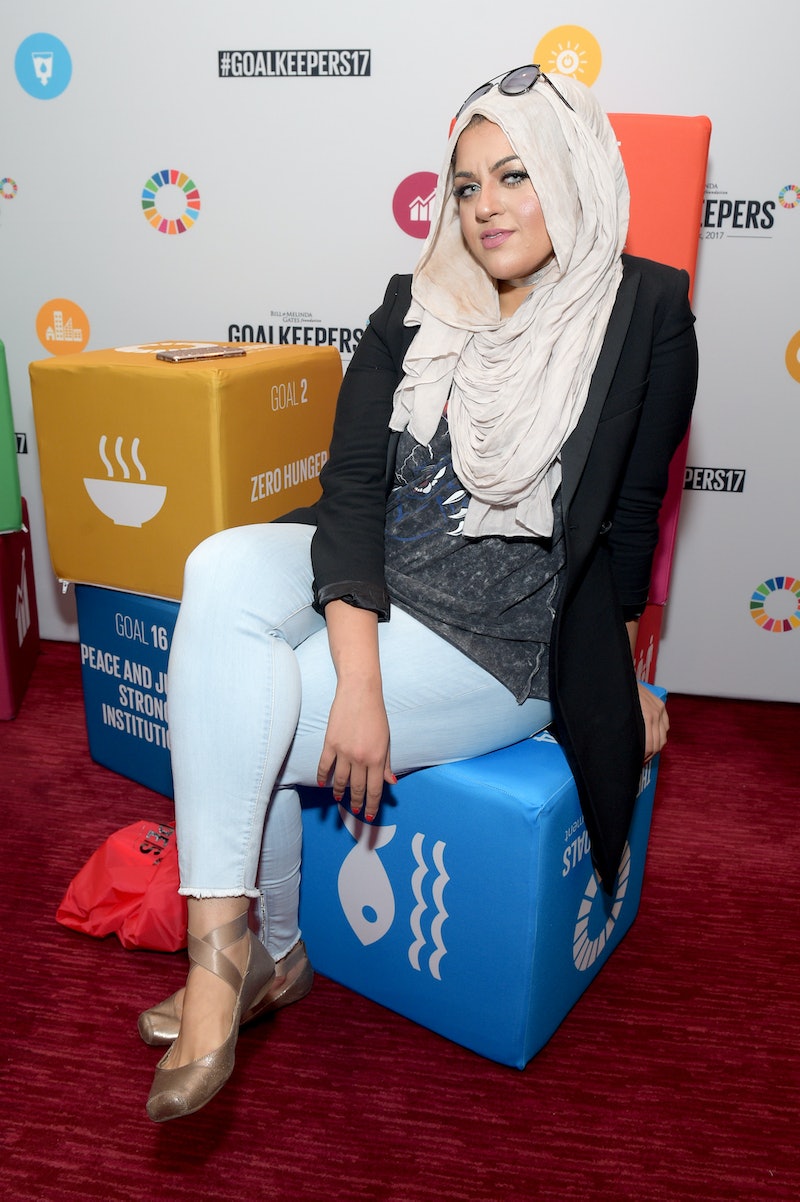 When Amani Al-Khatahtbeh was 17 years old, the New Brunswick, NJ, native launched a website from her bedroom. Muslimgirl.com, as it’s still called, was a hub for storytelling, a place where — as the name suggests — girls and teenagers who practiced Islam could find themselves represented in media. Eleven years later, her site boasts millions of views each year, with stories ranging from Ramadan preparation to managing mental health during the coronavirus outbreak. In the past five years, Al-Khatahtbeh has published a memoir, been named to Forbes’ 30 Under 30 list, and launched a global holiday on March 27, Muslim Women’s Day. And she’s not done.

On Saturday, April 4, the 27-year-old announced her candidacy for the U.S. House of Representatives. She’s challenging Democratic incumbent Frank Pallone for New Jersey’s sixth congressional district in the state’s June 2 primary, making her the first Muslim woman to run for federal office in New Jersey. Rep. Pallone was elected to national office 32 years ago and is running for his 17th term. “He's been in office my entire lifetime," she says. "We need new leadership.”

On March 31, the filing deadline for the New Jersey race, Al-Khatahtbeh’s campaign manager was hospitalized with a 104-degree fever. He submitted the paperwork from his hospital bed while awaiting test results for coronavirus. “It speaks to how close to home this hits for many of us,” says Al-Khatahtbeh, who supports Medicare for All. “Our life is disrupted by this unprecedented global event, which we're all trying to navigate together. It's necessary for our government to immediately respond in a way that protects the most vulnerable communities.”

Bustle spoke with Al-Khatahtbeh ahead of her Saturday announcement.

Tell me about your decision to run.

I've always wanted to have an impact on policies that speak to marginalized communities like my own. It comes from my experience growing up as a Muslim girl in a post-9/11 climate. A lot of those policies were formed on the backs of our communities, by misinformation and misconceptions. It’s been my hope that by informing people and elevating narratives we don't always hear, that we can shift public understanding [to] actually impact policy. This is the moment to make that happen.

Growing up, what was your relationship to your legislators?

I never saw a reflection of myself in politics. I still remember the Democratic National Convention for Obama's first election. Michelle Obama gave a speech at that DNC. I was inspired to see this strong woman of color in such a visible leadership position. I was in high school. I wasn't old enough to vote. But I remember that night. I was eager to literally share my opinion on CSPAN — that should tell you where my mind was at — to tell them how inspired I was. I called the dial-in number repeatedly.

Thinking of the legislators who came into office during the 2018 midterm elections, who do you see as role models for leadership?

I’ve seen representation in "The Squad." Their voices have been so sorely needed on a national platform. I'm lucky to call Reps. Ilhan Omar and Rashida Tlaib good friends. Rep. Omar called and gave me this amazing pep talk. For us, as women of color, once we get in there, we have to open the door for others to follow.

What advice did Rep. Omar give you?

She told me to expect that some people I counted on are going to let me down, but that [will] be counteracted by people coming out of the woodwork to have my back. That is sure to overpower anything else.

Can you tell me about New Jersey’s sixth district?

The sixth district is home to the New Brunswick campus of Rutgers University, which is one of the most diverse college campuses in the country. It was at Rutgers where I started my activism and where I learned what grassroots organizing looks like. On campus, we have this idealism of how things should be. It's my goal to keep that alive.