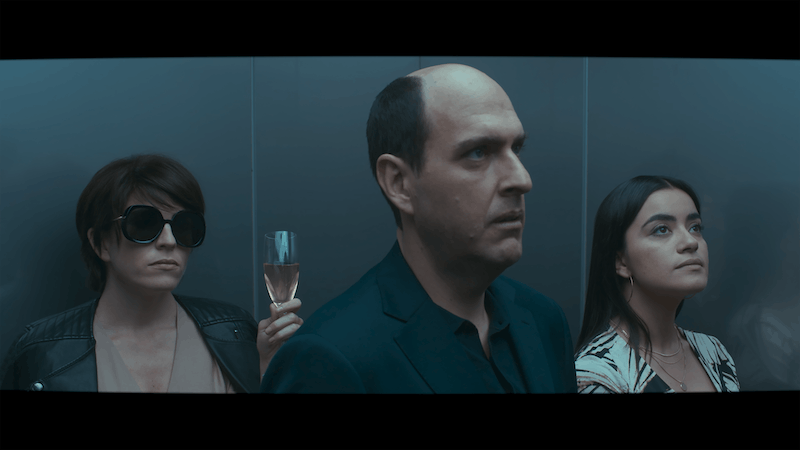 In the trailer for the new eight-part Amazon series El Presidente, the former head of Chilean soccer Sergio Jadue theorizes that every result fans see on the pitch is controlled by the machinations of businessmen transpiring far from the field of play. Avid soccer fans, of course, will know where this cynicism and opportunism is headed for Jadue, who, along with over two dozen of the most powerful men in football, was ultimately taken down in the true story of the 2015 corruption scandal that El Presidente is based on.

Sepp Blatter, the Swiss head of FIFA in 2015, and Michael Platini, the French UEFA president, were among those stripped of their titles and banned from the sport after an investigation by the U.S. Justice Department uncovered bribery, racketeering, and money laundering at the highest levels of international football. The press dubbed the controversy "FIFA Gate."

In reality, Jadue was a relatively unknown name in the multimillion dollar conspiracy that rocked the world's most popular sport and triggered arrests in Australia, Europe, and South and Central America. The investigation reached back two soccer generations and documented over $150 million in bribes and kickbacks exchanged in the negotiation of global television rights to air and award the World Cup and other marquee tournaments. U.S. Attorney General Loretta Lynch described the abuse of power as “rampant, systemic, and deep-rooted both abroad and here in the United States.”

Jadue eventually resigned from the Chilean soccer association to become an informant, according to Sports Illustrated and several Chilean newspapers. As a former FIFA official, he and his co-conspirators were indicted on charges of “us[ing] their positions within the enterprise to engage in schemes involving the solicitation, offer, acceptance, payment, and receipt of undisclosed and illegal payments.” According to charges filed in the Eastern District of New York, the conspirators offered each other protection by creating false “consulting agreements” to make kickbacks look like legitimate business expenses. They used shell companies, concealed foreign bank accounts, and in some cases even smuggled large quantities of cash. Jadue accepted bribes from sports marketing firms to award them the contracts to market international tournaments.

As is depicted on the Amazon series, the former president of the National Association of Professional Football of Chile eventually pled guilty to the charges and was banned from soccer for life by the FIFA Ethics Committee.