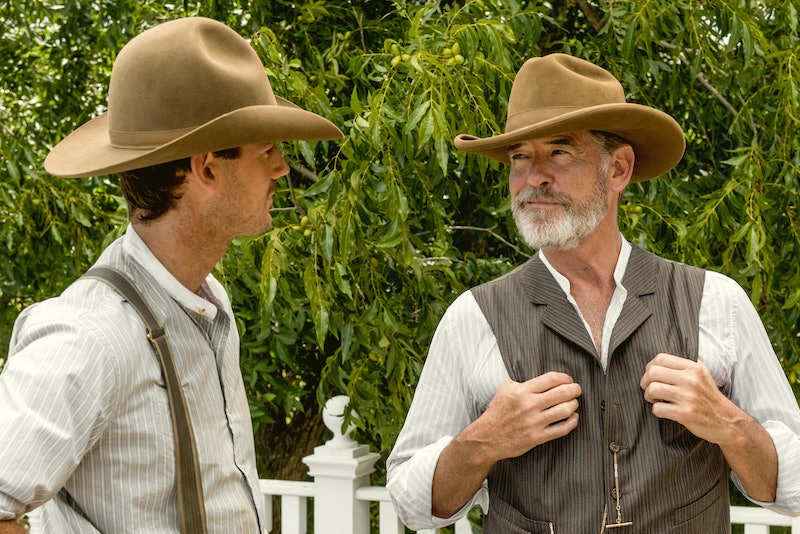 Most book to movie or TV adaptations are pretty loose with their source material, often to the consternation of fans. And the AMC adaptation of The Son, a sprawling story of family history in Texas, is exactly the type of story that would usually have those who read the book cringing with how hard it is to adapt. But how is The Son TV show different than the book? Not by much, to be honest. Certainly, not as much as the typical adaptation would be, especially when faced with a book that attempts to document an entire family history. And that's because Philipp Meyer, author of The Son, is taking an incredibly active role in adapting his work to the screen.

In fact, as he told Bend Bulletin, Meyer took his time with the adaptation, because it was incredibly important for him to have a voice. According to that interview, he wrote three of the first season's episodes, rewrote the others, and spent months on set, consulting on everything from casting to costumes to choreography. That's because to Meyer, the seemingly smallest details are actually key. Star Pierce Brosnan, who plays central character Eli McCullough, told Bend Bulletin, "[Meyer's] a gung-ho weapons nut, with his own arsenal, and he was very specific in the choice of weapons I would use," and AMC president Joel Stillerman added, "It was clear that he was not comfortable just walking away."

Part of the reason Meyer was able to work so closely on the project is that the TV show and his novel were in progress at the same time. According to Vulture, producers Lee ­Shipman and Brian McGreevy, former classmates of Meyer's, approached him about working on adapting his book before it was even published. By working with his friends, and forming a production company together, El Jefe, The Son wasn't subjected to the typical Hollywood adaptation pipeline. And, honestly, it doesn't seem like Meyer would have been willing to accept that. "I blocked all the silly things that usually get written into TV ... I’d actually done the research — whether it was reading 350 books or spending a month [training with] Blackwater or shooting a buffalo myself and drinking some of its blood," he told Vulture.

The author also told the Austin Chronicle, "Any pre-industrial person saw a collection of hundreds of identifiable plants and animals" when out in nature. So he researched everything, right down to building a fire using nothing but friction. "All our ancestors across the world mastered it so they could stay alive ... It took me a week to do it," he said.

However, The Son did need to make some slight changes. The book, as described by The New York Times, "spans 200 years, six generations and a great many eloquently evoked downfalls." The series has narrowed somewhat to two central characters: Eli, who will appear in flashbacks as a teenager, kidnapped by the Comanche tribe, and as the McCullough family patriarch, and Eli's youngest son, Pete. Jeannie, Pete's daughter and Eli's granddaughter, just a child in the series, is a major character in the book, who narrates many of the later years and becomes the new head of the family as she ages. But as described by AMC, "Over many seasons, the show will dramatize her evolution from an eleven-year old tomboy, mentored by her beloved grandfather, to the ruthless CEO of an oil empire." That's an ambitious and slightly presumptuous description (who's to say the show will have "many" seasons), but it shows that there have been some aspects of the book left to future seasons.

Kevin Murphy, The Son's showrunner, told Vulture that despite his obsession with accuracy, detail, and fidelity to his book, Meyer was "enthusiastically ruthless about jettisoning things for the good of the show." So long as the historical details remain accurate, it sounds like Philipp Meyer can stomach a few changes to his historical Texan epic for the sake of making The Son better suited to its new format.

More like this
10 Must-Read New Books Out This Week
By K.W. Colyard
'Derry Girls’ Dylan Llewellyn Will Star In C4’s New Queer Comedy
By Rachel Mantock
What Makes A Sally Rooney Sex Scene So Hot?
By Samantha Leach
Here’s Everything Coming To & Leaving Netflix In June
By Alyssa Lapid
Get Even More From Bustle — Sign Up For The Newsletter