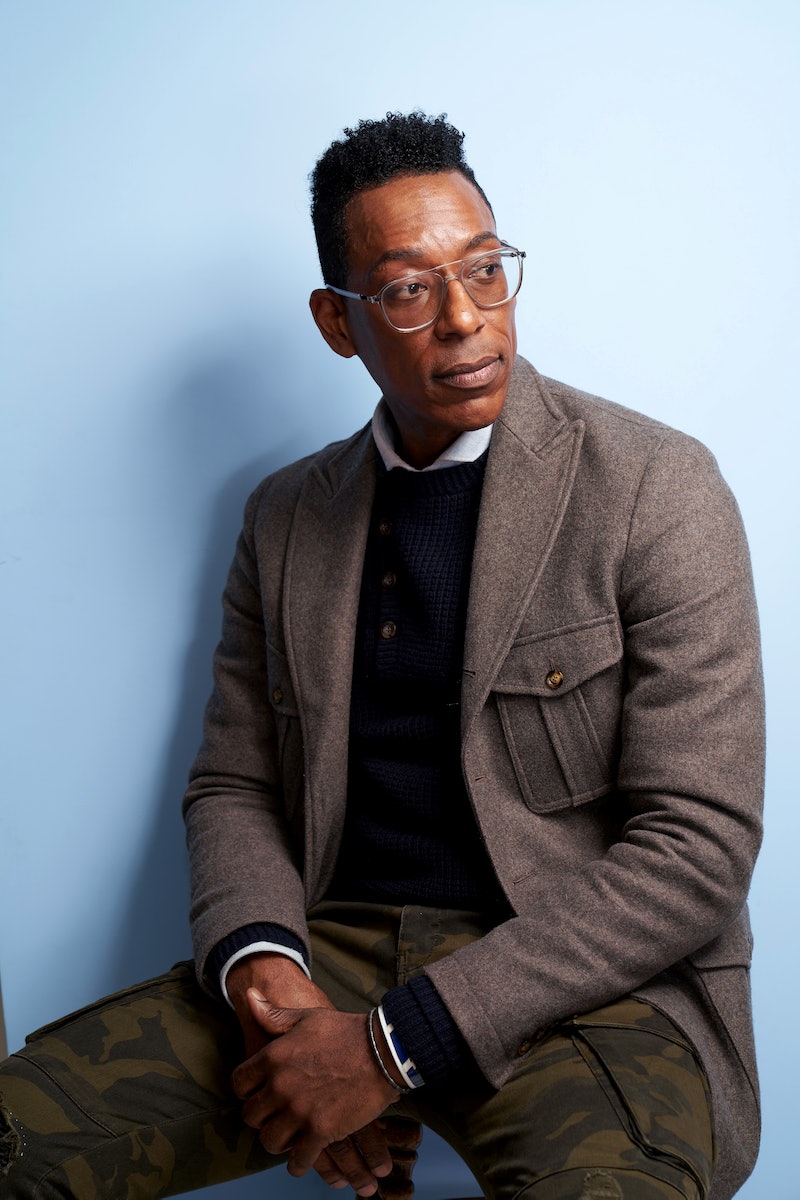 Early on Saturday, Dec. 14, Orlando Jones claimed he was fired from American Gods. Speaking directly to fans in a video shared to his official Twitter account, Jones said, that the new showrunner was "Connecticut born and Yale-educated, so he's very smart, and he thinks that Mr. Nancy's angry, get sh*t done is the wrong message for black America." The showrunner in question, Charles Eglee, responded hours later, telling Bustle via his reps, "Mr. Eglee was not born in Connecticut." Bustle also reached out to Starz and production company Fremantle for comment.

An American Gods spokesperson responded to Jones' video with a statement, saying, "The storylines of American Gods have continually shifted and evolved to reflect the mythology of the source material. Mr. Jones’ option was not picked up because Mr. Nancy, among other characters, is not featured in the portion of the book we are focusing on within season three." The statement continued: "Several new characters, many of which have already been announced, will be introduced into Shadow Moon’s world that will further contribute to the show’s legacy as one of the most diverse series on television."

Eglee, who Jones also described as a "white man" who "sits in the decision-making chair," did not respond directly to the claim that he felt Mr. Nancy was the "wrong message for black America." This, of course, was the main point of contention in Jones' statement, and his lack of a denial is both telling and disappointing.

Jones took great care in crafting Mr. Nancy, a West African trickster god, as a vehicle to discuss issues facing black Americans today. As a writer and producer on Season 2, Jones told Entertainment Weekly that he wanted to cover "mass incarceration" and "human trafficking." Mr. Nancy's "angry, get sh*t done" attitude with regards to issues of injustice and racism was considered a highlight of American Gods, and the fact that Eglee doesn't seem to understand the validity of that anger is troublesome.

Meanwhile, production company Fremantle has remained silent, despite Jones' follow up tweet, which claimed that the company "treated you like 2nd class citizens for doing your job to well [sic]." In a separate tweet responding to actor Yvette Nicole Brown, Jones claimed that Fremantle was "exceptionally nasty and evil" in how they fired him. He finished his tweets by promising "more to come," suggesting he isn't done telling his side of the story.

Eglee joined Starz's American Gods as showrunner for Season 3, following in the footsteps of Season 1 showrunners Bryan Fuller and Michael Green, and Season 2 showrunner Jesse Alexander. Fuller and Green both responded to Jones' firing on Twitter, with Fuller calling the news "HEARTBREAKING."

Fans are equally upset, with many lamenting the loss on Twitter.

Jones made clear that, while he has no problem calling out Eglee on social media, he has nothing but respect and love for the former American Gods showrunners, Green and Fuller, and American Gods creator Neil Gaiman. He concluded his message by thanking the fans, saying, "I hope the fans enjoyed it, 'cause really this is about you. I hope you loved it as much as I loved doing it."

Editor's note: This post has been updated with a statement from an American Gods spokesperson.