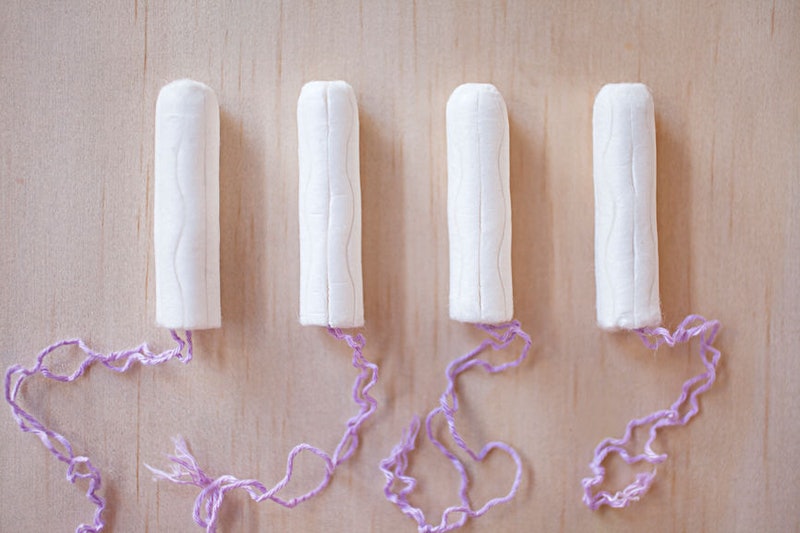 When you have periods, you know that the cost of buying products that promise to soak up blood for a few days every month can easily rack up. In 2017, British teen Amika George started the #FreePeriods campaign to raise awareness of the effects of not being able to afford tampons, pads, and other sanitary products. Now, she has set up a legal campaign to end period poverty once and for all.

A 2017 survey carried out by Plan International found that one in 10 girls in the UK have been unable to afford sanitary products while one in seven girls struggled to afford them. Twelve percent of girls had no choice but to improvise with their sanitary wear. (These improvisations include toilet paper, scraps of clothing, and even newspaper.) And as the Independent reports, some girls are missing school for up to a week each month because of their periods.

Despite these figures and a protest led by George in December 2017, the government has done little to help. Yes, they may have used tampon tax funds to give £1.5 million to the Brook charity to address the issue but nothing has been put into law in England.

Scotland and Wales, however, are attempting to make a change. In August, Scotland became the first country in the world to provide free menstrual products to all students in schools, colleges, and universities. Wales has also given £1 million to directly tackle period poverty.

George’s new campaign is in conjunction with The Pink Protest and The Red Box Project: two organisations with periods firmly on their minds. They have been working with a law firm specialising in human rights to form a legal case on the issue of period poverty.

Any legal advice doesn’t come cheap so George is asking people to donate as much or as little as they can give. #FreePeriods needs a total of £10,000 by Feb. 7. If this goal isn’t met, you won’t be charged for your donation. Thankfully, lots of people have already responded and the campaign has received almost half of its target in just one day.

Describing the moment she found out the government was pledging £1.5 million to period poverty as a "small victory," George wrote in the Guardian that she is "yet to see any meaningful policy change" a year after her protest.

"It’s clear that we need to see real change soon," she continued. "2018 was the year we saw more and more women stand as disruptors of the status quo. They demanded change and galvanised millions of others in their calls for action.

"We need to make 2019 bigger and bolder. We need to take the issues we care about and shape them the way we want them to look. I am starting with an attempt to make sure that every child in the UK has the right to participate in their education, unencumbered by their biology. Because no one should have to miss school because they have their period."