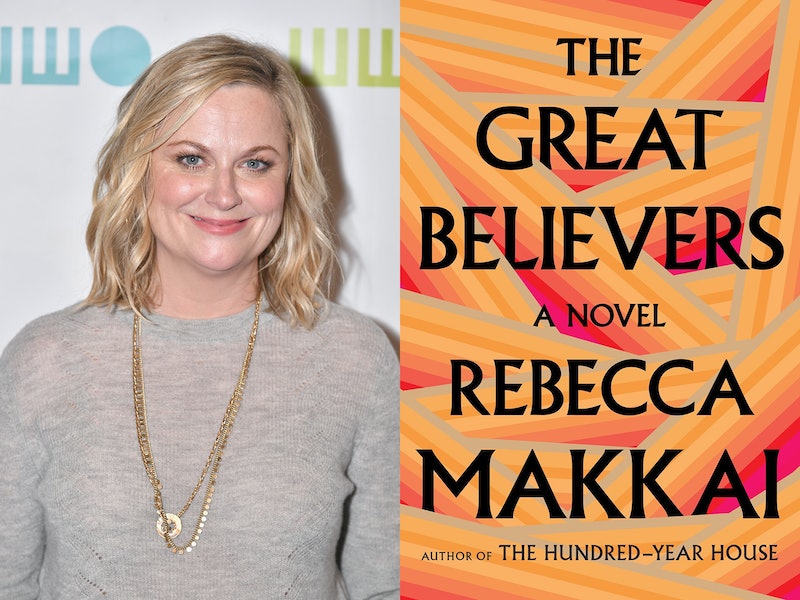 One of 2018's best novels is coming to a screen near you. Amy Poehler has optioned The Great Believers for television. Rebecca Makkai's National Book Award-shortlisted novel about the AIDS crisis in 1980s Chicago will possibly come to TV under Poehler's Paper Kite Productions company, which has brought us The Mighty B!, Broad City, and Making It.

Rebecca Makkai's The Great Believers centers on Yale Tishman, a Chicago gallery director who struggles to cope as he loses his friends and acquaintances to AIDS in 1985. Eventually, the only person he has left in his created family is Fiona, the younger sister of Yale's late friend, Nico. The Great Believers picks up with Fiona in 2015 Paris, as she searches for her daughter, who has fled the U.S. to join a cult. Staying with a photographer friend who documented the AIDS epidemic, Fiona must confront her past, which intertwined with the fates of so many in Chicago's gay community.

'The Great Believers' by Rebecca Makkai
Amazon
Amy Poehler's new page-to-screen project will be based on NPR's Novel of the Year for 2018.

The Great Believers is Rebecca Makkai's third novel. Her first, 2011's The Borrower, focuses on a children's librarian who runs away with her favorite patron, a 10-year-old book nerd from an overbearing family. Makkai's breakout hit, The Hundred-Year House, is a family saga told backward over the course of a century, which won the Chicago Writers Association’s Book of the Year for Traditional Fiction in 2014.

Paper Kite Productions also has two book-based adaptations waiting in the wings. In January 2017, the company acquired the film rights to Jennifer Mathieu's YA novel, Moxie, which centers on a contemporary student who starts a feminist grunge zine to protest gender-based discrimination at her high school. More recently, in August 2018, Paper Kite Productions optioned the film rights for Karina Yan Glaser's The Vanderbeekers of 141st Street, a children's novel about a mixed-race family fighting to remain in their beloved Harlem brownstone.

The Great Believers is available today from your favorite bookstore.