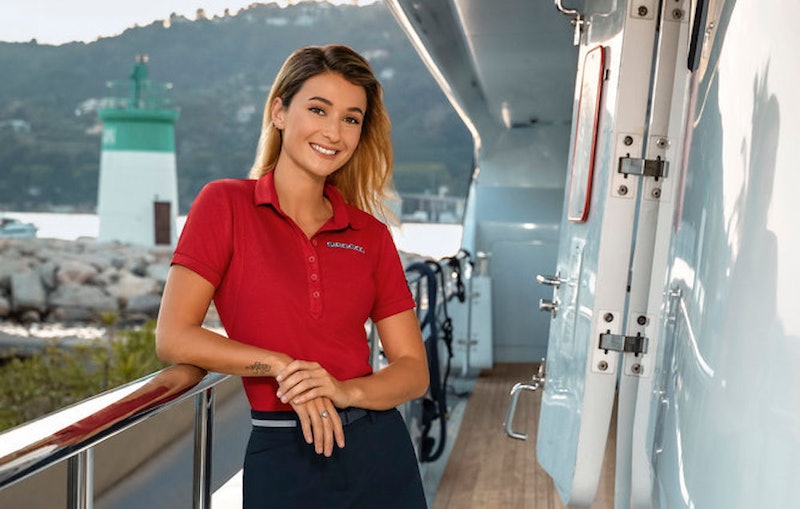 Anastasia was hired to be the third stew on Below Deck Mediterranean Season 4, but she was recently recruited to take over for Chef Mila for a dinner as the yacht continued to struggle with it kitchen staff. The move didn't come out of nowhere. People magazine reported that Anastasia used to be a yacht chef for smaller crews, and Anastasia's Instagram shows that the Below Deck Med star is still in the food industry after stepping away from chartering.

According to her Instagram bio, she is currently the executive chef and creative director for Ajna Food + Yoga. It's an "eco cafe" and yoga studio in Sri Lanka, according to the business' Instagram page. Anastasia posted that it opened its doors in February 2019, and it offers workshops and events along with breakfast, brunch, coffee and more. Anastasia told Decider that she jumped straight from Below Deck into working on this new business.

"About two weeks after we were done I moved to Sri Lanka to open an eco cafe and yoga studio. It’s called Ajna which means the third eye chakra," she told the outlet. She added that the studio and cafe were originally only opened for a few weeks as a soft launch to see how things went. "We got great reviews, people loved it, and I’m going back in September to finish building everything and then train my staff on the rest of my menu and staff it with yoga teachers and rock it," Anastasia said.

If you take one look at her Instagram, it's clear that yoga has always been one of Anastasia's passions.

And she was able to integrate that with another love of hers: eating plants. On her Instagram, she's been open about loving animals and prioritizing a plant based diet. She even has a sweatshirt that says, "Eat more plants. Do more yoga." Now if that doesn't sum her up, what does?

Anastasia was able to bring that love of healthy, plant-based meals to her eco cafe. "Fresh. Healthy. Local. The three main ingredients in all of our dishes," one of the cafe's Instagram posts reads. The food is not only eco-conscious, but it looks pretty tasty too.

In her Decider interview, Anastasia credited her mom for her ability to take anything and transform it into a meal. "You know what I'm really good at, and I've gotten this from my mom, is by your cuff cooking, where you open the fridge and you’re like, alright what do I have in here and then you just make something," she told the outlet. "I'm very good at following directions, but I like the creative process of cooking and being like, ooh maybe I'll add this or maybe I'll do that, trying to be as creative as I can."

Anastasia was actually born in the country of Georgia (which lies between Europe and Russia) and her mother was a pasty chef, so making food is just in her blood.

Now Anastasia has married her passion for food and her love of yoga into this eco cafe and studio. And when she gets the menu solidified this fall, expect to see plenty of mouth-watering recipes on her Instagram — mostly made with plants, of course.