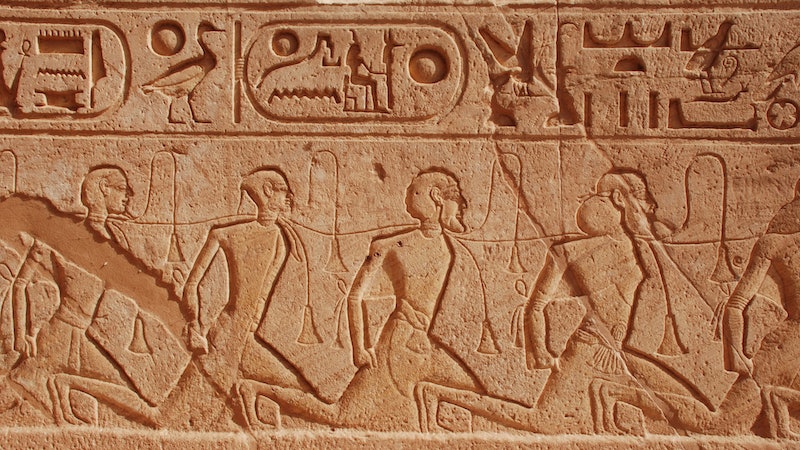 When you think of Egyptian hieroglyphics, you probably think of looking at them — you've probably seen them used as decoration on wallpaper, vases, or even iPhone cases. What you probably don't think of is reading them — because until now, writings from Ancient Egypt have only really been decipherable to the elite scholarly few. But this year, for the first time, a bunch of Egyptian stories that cover the walls of ancient tombs and monuments have been translated into English for the general public to read.

Writings from Ancient Egypt, which was published in January by Penguin Random House, contains stories that are nearly 2,000 years old — and that until now, have been pretty much lost to a modern audience. Some of the texts have been translated before, but the century-old translations still left them clunky and difficult to read. Toby Wilkinson, an Egyptologist at Cambridge University, has now translated a collection of Egyptian stories in a way that will make them accessible to everybody — and so for the first time, modern readers can gain some insight into ancient Egyptian life. Wilkinson told The Guardian that readers will be "surprise[d]" at what they find "behind the well-known facade of ancient Egypt, behind the image that everyone has of the pharoahs, Tutankhamun's mask and the pyramids."

Stories such as "The Tale of the Shipwrecked Sailor" would have been lost to history if it wasn't for this exciting translation of ancient Egyptian writing — and without studying hieroglyphics (no easy task), the average reader would never have had the chance to learn about the very real humans who constructed the pyramids.