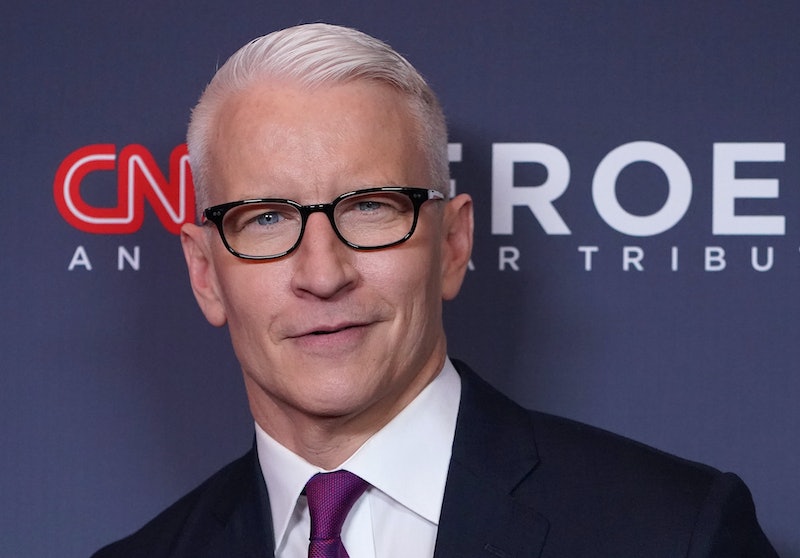 Journalist, political commentator, and revered LGBTQ public figure Anderson Cooper opened up about fatherhood after the birth of his son. The Anderson Cooper 360° host welcomed his first child, Wyatt Morgan Cooper, via surrogate on April 27. And, in an interview with PEOPLE for the magazine’s inaugural Pride issue published on June 9, Cooper called parenthood a “dream come true," admitting he used to worry he'd never be able to be a father.

“When I was 12 years old and knew I was gay and thought about my life, it always upset me because I thought, ‘I will never be able to have a kid,’” Cooper said. “This is a dream come true. It feels like my life has actually begun.” He continued, “And I sort of wonder, ‘What was I waiting for?’ This is a new level of love — it’s unlike anything I’ve experienced, and yet it’s also very familiar and incredibly special and intimate. It’s really extraordinary.”

Cooper also touched on the emotions he’s experienced alongside his former partner Benjamin Maisani, who will co-parent Wyatt. “I cry at things I never cried at before,” Cooper said. “And Benjamin, I’ve never seen him cry, but I couldn’t believe how weepy he gets with Wyatt. I find myself being overwhelmed with emotion, and it’s a lovely thing.”

Cooper shared the news of Wyatt’s arrival on April 30 in an Instagram post. Sharing various photos of the newborn, Cooper explained that he named his son after his own father, Wyatt, who died when he was 10, and his middle name, Morgan, stems from his late mother’s (actor Gloria Vanderbilt) side of the family. He also thanked his “remarkable surrogate” and wrote, “It is an extraordinary blessing - what she, and all surrogates give to families who can't have children. My surrogate has a beautiful family of her own, a wonderfully supportive husband, and kids, and I am incredibly thankful for all the support they have given Wyatt and me.”

While on the Late Show With Stephen Colbert on May 5, Cooper revealed that his son is relying on hand-me-down clothes of Andy Cohen’s son, Benjamin and touched on co-parenting with his ex-boyfriend. “My son is entirely wearing hand-me-downs from Andy Cohen’s son,” he said, citing the pandemic’s halt in shopping. Cooper added of co-parenting with Maisani, “He's my family, and I want him to be Wyatt's family as well.”

More like this
"Lavender Haze" Star Laith Ashley Breaks Down Filming With Taylor Swift
By Jake Viswanath
Ozzie’s Coming Out Scene With Kitty On 'That ’90s Show' Has Twitter Sobbing
By Brad Witter
Linda Ronstadt’s “Long Long Time” Plays A Pivotal Role In The Last Of Us
By Brad Witter
Here’s What Happens To Bill & Frank In 'The Last Of Us' Video Game
By Brad Witter
Get Even More From Bustle — Sign Up For The Newsletter
From hair trends to relationship advice, our daily newsletter has everything you need to sound like a person who’s on TikTok, even if you aren’t.