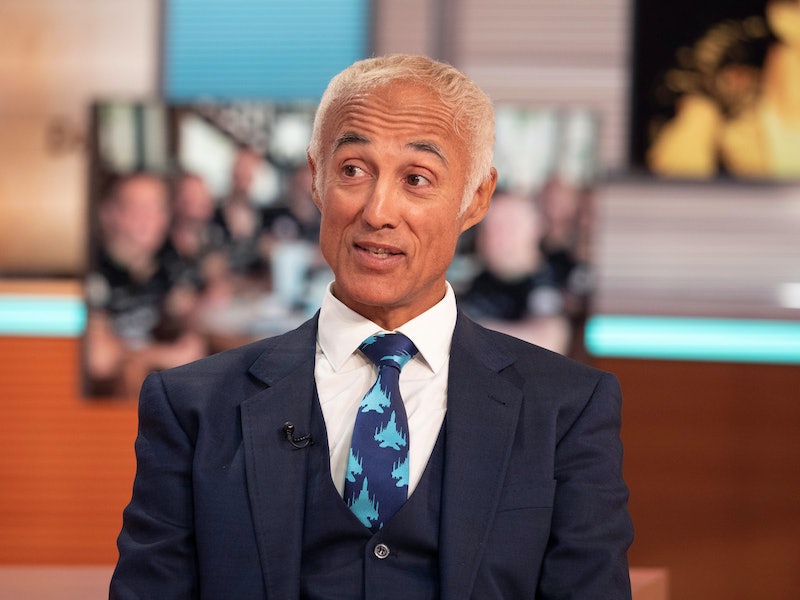 After years spent of out of the public eye, Andrew Ridgeley has returned to the spotlight with the release of a brand new tell-all biography. The book in question will reveal the inside story of one of the most successful British bands of all time, and delve into Andrew's personal and professional relationship with the late, great George Michael. Ridgeley is also set to appear on The Graham Norton Show to discuss his latest venture. But why is Andrew Ridgeley such an icon? Here's everything you need to know.

Andrew Ridgeley is a British singer-songwriter, who is best known as being one-half of the legendary pop duo, Wham! As The Sun reports, Prior to his "Club Tropicana" days, Ridgeley grew in Bushey, Hertfordshire, where he eventually met his future bandmate George Michael. The pair formed Wham! back in 1981, and went on to enjoy worldwide success following the release of various hit singles such as "Wake Me Up Before You Go-Go," "I’m Your Man," and everyones festive favourite, "Last Christmas."

After three successful studio albums, Wham! managed to shift an impressive 25 million records, however, things came to halt when Michael's solo career began to take off — and to the disappointment of millions, Wham! announced their separation in 1986. Shortly after the announcement, Michael described Wham's breakup as "the most amicable split in pop history," and the pair went on to perform an epic farewell show at London's Wembley Stadium.

Since quitting the band, Ridgeley has mostly stayed away from the limelight, however according to the Express, the "Freedom" singer is stepping back into the public arena with a brand new memoir. The tell-all book, titled Wham! Geroge and Me, will centre around Ridgeley's time in the iconic British band, and part of the book's official synopsis reads, "For the first time, Andrew Ridgeley — one half of one of the most famous bands in the world — tells the inside story of Wham! and his life-long friendship with George Michael."

During an interview on BBC Radio 2, Andrew revealed that it would be "marvellous" to adapt the memoir into a Bohemian Rhapsody-style biopic, and according to the Mirror, he added that his life story would make for "a fantastic film." Speaking to host Nicki Chapman about the prospect, he said, "It would make a fantastic film, I’m sure. It’s a story that lends itself to the big screen and it would be marvellous if that were able to happen. Fingers crossed."

Although a Wham! biopic is yet to be announced, fans will have the chance to celebrate their music on the big screen later this year, because the upcoming rom-com Last Christmas has drawn a lot of inspiration from the iconic band. The film is set to feature a previously un-released George Michael track, and as reported by Digital Spy, fans of all things Wham! can also look forward to a rare TV interview, because Ridgeley is set to appear on The Graham Norton Show on Friday, October 4 at 10.35 p.m. on BBC One.

Wham! George & Me is available to purchase now, and I don't know about you, but this celebrity memoir sounds like a must-read.