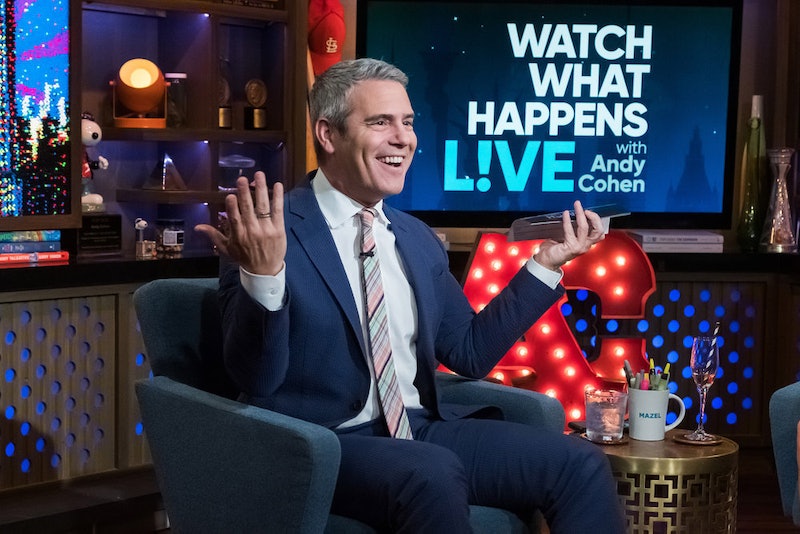 Given the major success of the franchise, Cohen has been asked multiple times which Real Housewives he would pick to be featured in an All-Stars season. Speaking with E! the week of June 24 to celebrate the 10th anniversary of his late night talk show Watch What Happens Live!, Cohen gave his latest picks. And although these ladies would create an intense rollercoaster show full of personality, his choices might come as a surprise to some fans.

First, Cohen immediately chose Real Housewives of Atlanta’s NeNe Leakes and Real Housewives of New York City’s Bethenny Frankel, two fitting picks considering that both ladies were part of the original cast (OGs, if you will) of their respective shows. Leakes and Frankel are now two of Bravo's biggest stars outside of the franchise, in part due to their shrewd business decisions and their endless amount of hilarious catchphrases. Plus, they always bring it when it comes to the drama.

But Richards, it seems, has made quite the first impression, serving as a hilarious, casually dressed, and genuinely down-to-earth contrast to her co-stars' extravagant glitz and glamour at all times. Perhaps her relaxed personality and funny stories about ex-husband Charlie Sheen could be perfect to balance out the wacky drama that would be bound to occur in an All Star season.

However, just because he’s picking who he wants to see on an All-Stars version of the Real Housewives doesn’t mean that it’s in the works just yet. “You know what? We will do Real Housewives: All Stars when the show is just about out of gas,” he told Entertainment Tonight in a 2016 interview. “So right now, we had our second-highest season of Beverly Hills, New York’s highest ratings since 2012 and Orange County last season had its highest-rated season in 10 seasons.”

Although he “can’t wait to do it," in his own words, the spin-off has to come when it’s time to re-ignite interest in the franchise. “It’s something that we don’t waste now. We want to save it for later,” he concluded.

Of course, given the current success of the franchise, the Real Housewives shows may never slow down and fans may not get the All-Stars season they deserve. Let us pray that our dreams come true without every other show ending.