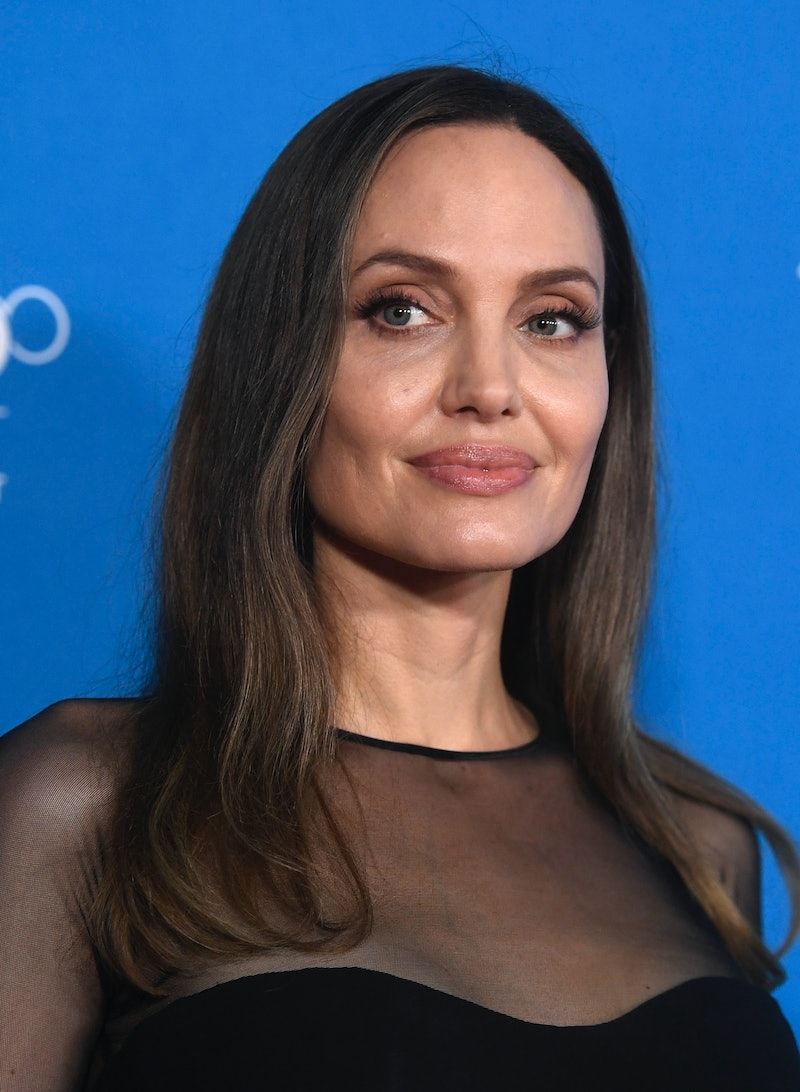 In a new interview with French magazine Madame Figaro (as translated by People), Angelina Jolie opened up about her split from Brad Pitt. The Maleficent actor told the magazine that she "lost herself" prior to the breakup and subsequent divorce. Jolie's candid interview is a rare glimpse into her mindset at what was a personal and difficult time.

Relatively early on in their chat, Madame Figaro's Richard Gianorio asked Jolie if she thought she had a destiny. That's a pretty deep and difficult question if you haven't necessarily considered it before, but the way the actor responded is what ultimately led to their discussion about her relationship with Pitt.

Jolie first admitted that she wasn't exactly sure if she has a destiny, but for now, her focus is on setting a good example for her children and teaching them to be kind to others. She then said that she's currently, "in a period of transition, like a homecoming, a return to myself. Because I was a little lost," she added before trailing off.

When Gianorio asked what she meant by that, exactly, Jolie replied, "I think it happened at the end of my relationship with Brad, and then at the beginning of our separation. It was a complicated moment, when I did not recognize myself anymore, where I had become ... smaller, almost insignificant, even if it was not necessarily obvious. I felt a deep and real sadness, I was hurt."

Back in September 2016, Pitt and Jolie announced that they'd decided to split after two years of marriage. The couple had been together for nearly 11 years total, though, and shared six children whose ages ranged from 8 to 15 at the time.

Pitt recently opened up about their split as well, and suggested during his Sept. interview with The New York Times that his excessive drinking habits provoked the relationship's eventual demise. Since then, though, he said he's gotten sober, and he told the Times how he dealt with the split. "The fact is, we all carry pain, grief and loss," the Ad Astra star explained." We spend most of our time hiding it, but it’s there, it’s in you. So you open up those boxes."

It seems as if both Pitt and Jolie have done a lot in the way of personal growth following their separation. Jolie told Madame Figaro that, after experiencing those feelings of insignificance, she reconnected with her "humility and even the insignificance" itself. "In addition to all this, I had some health concerns," she revealed. "All these things settle in you and remind you of how lucky you are to be alive. This is yet another lesson to pass on to my children: the idea of ​​renewal, and above all, a possible return to the joy of living."

These days, Jolie told the outlet that she's working on trying to "rediscover the joy." That's a struggle that many people can undoubtedly relate to, but it seems like the actor is well on her way.