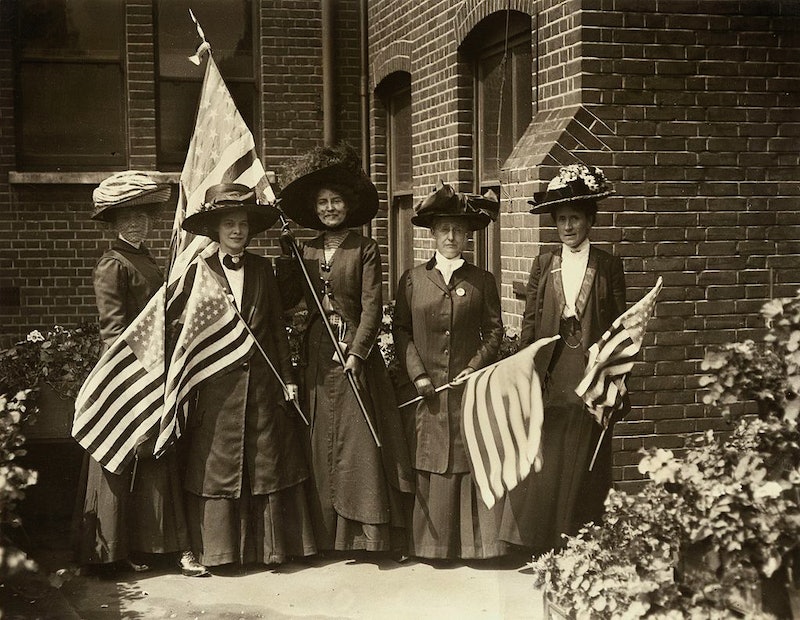 According to a Tuesday release from the Associated Press, award-winning author Ann Patchett will write a nonfiction book about suffrage. Titled Vote, the book will marry "historical research, personal experience and political advocacy" to craft the argument that it is the responsibility of all women to exercise their right to vote.

Although the 19th Amendment became law in 1920, prohibiting sex discrimination in voting rights at the state and federal levels, all U.S. women were not enfranchised until much later. Before the Voting Rights Act of 1965, women of color were routinely subjected to a variety of disenfranchisement tactics, including poll taxes and literacy tests. Today, voter identification laws continue to disproportionately target women of color and those who are elderly or live in poverty.

Vote will not be Patchett's first nonfiction title. She is the author of several memoirs, such as Truth and Beauty: A Friendship, The Getaway Car: A Practical Memoir about Writing and Life, and This Is the Story of a Happy Marriage. Patchett has also written a number of novels, including Bel Canto, which won the PEN/Faulkner Award and Orange Prize. Her latest novel, Commonwealth, was a National Book Critics Circle Award finalist.

There's no word yet on when Ann Patchett's nonfiction book about women's suffrage will hit bookstores, but with the 19th Amendment's 100th anniversary coming just around the corner in 2020, it's likely we'll get to read Vote before the next general election.

More like this
16 Novels That Paint A Realistic Portrait Of Abortion
By K.W. Colyard
Thank U, Ex
By Rosemary Donahue
10 Must-Read New Books Out This Week
By K.W. Colyard
At 28, Minnie Driver’s Personal Life Was “Falling Apart”
By Kate Dwyer
Get Even More From Bustle — Sign Up For The Newsletter