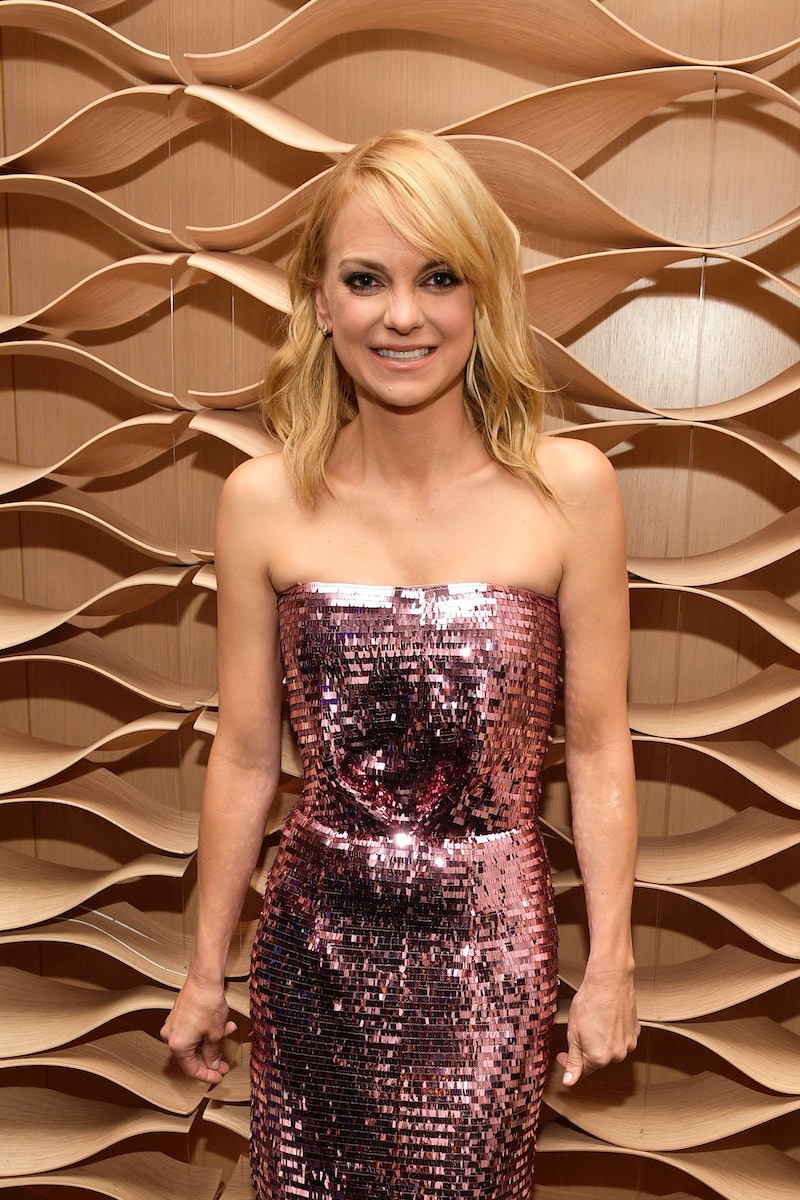 Are Anna Faris and Chris Pratt the most amicable exes of all time? They just might be. Faris even gushed over Pratt's engagement to Katherine Schwarzenegger when they announced it January. Now, Anna Faris has a co-parenting goal with Chris Pratt that shows just how well these exes still get along.

The House Bunny star shared her family plans for her son Jack during the March 25 episode of the Divorce Sucks! With Laura Wasser podcast. As BuzzFeed reported, Faris explained,

"I know we want to get to that ultimate goal, and I know it sounds lame and optimistic, but that's what I want. Our goal was to have group Thanksgiving dinners together. Grudge-holding is not something that Chris and I do. So, we wanted to make sure that Jack was happy, but that we were happy and supportive of each other and that we could have this fantasy idea of all spending Christmas together, vacations together."

If anyone can pull this off, it's this family. They've already spent at least one holiday together as a combined family. For Halloween 2018, Pratt, Schwarzenegger, Faris, and Faris' boyfriend Michael Barrett took Jack trick-or-treating and the photos were published by TMZ. Family vacations and Christmas celebrations don't seem too far off. They're already on track to achieving those goals.

Almost every celebrity releases a statement about being "amicable" when they split up. It doesn't always happen, but it's very clear that Pratt and Faris really did mean every single word when they announced their breakup. The exes parted ways in August 2017. In a joint statement that Pratt shared on his Facebook fan page, the former couple said,

Aside from having "the deepest respect for one another," they really are so supportive of each other, and not just as parents to their son.

In her interview with Laura Wasser, Faris even shared that she knew about Pratt's plans to propose to Schwarzenegger ahead of time. According to BuzzFeed, she revealed,

"So, he was so sweet, as he always is. He called me like, 'So I'm going to ask Katherine to marry me. I just wanted to give you a heads up.' And I was like, 'That's awesome!' I also told him that I was an ordained minister."

Does this mean that Faris will be officiating their wedding ceremony? With these two, that could happen. At the very least, it wouldn't be at all surprising if Faris attended her ex's wedding as a guest. A wedding counts as a holiday/vacation in those co-parenting goals, right? If that does happen, they are bound to dish on the big day with fans.

More like this
Where Is Former Bachelor Host Chris Harrison Now & What Is His Net Worth?
By Hugh McIntyre
Stanley Tucci & Felicity Blunt’s Relationship Timeline Might Make You A Little Hungry
By Jake Viswanath
Kim Kardashian Reveals Her Response To Kanye’s Fashion Opinions
By Jake Viswanath
Who Is Nick Cannon Dating & How Many Kids Does He Have?
By Jordyn Tilchen and Radhika Menon
Get Even More From Bustle — Sign Up For The Newsletter