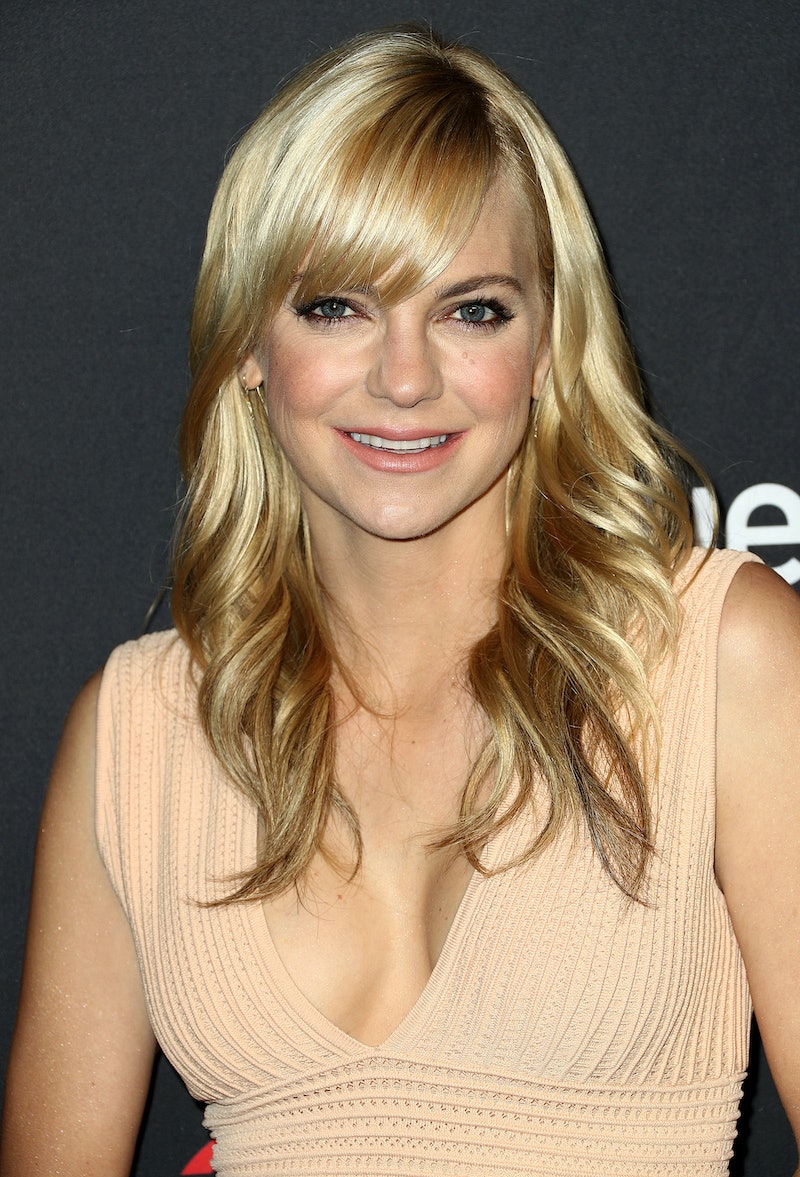 Congratulations are in order for Chris Pratt and Katherine Schwarzenegger, who just got engaged. Aside from sharing well wishes for the couple, fans can't help being curious about what his ex-wife Anna Faris thinks. But don't worry, folks, there's no drama here. In fact, Faris’ reaction to Pratt and Schwarzenegger’s engagement shows just how amicable things are between the two exes.

On Monday morning, Pratt broke the engagement news with a sweet Instagram post. The Jurassic World actor told his followers,

And that's where Faris comes in. She actually responded to the Instagram post directly with a comment, writing, "I'm so happy for you both!! Congratulations!" Wow, conscious uncoupling really is a thing. Thank you, Gwyneth Paltrow and Chris Martin for the inspiration.

As unusual as this may seem, it's not super surprising. These two have been on very good terms ever since they announced their breakup in August 2017. In a joint statement that Pratt shared on his Facebook fan page, the former couple said,

Aside from the "deepest respect" that they have for each other, there's a lot of support there too.

That Instagram comment is not the only time Faris has supported Pratt and Schwarzenegger's relationship. On Halloween 2018, she and her boyfriend Michael Barrett went on a double date with Pratt and Schwarzenegger. TMZ released photos of the four, dressed in costumes, taking Faris and Pratt's son Jack trick-or-treating. That was the epitome of an amicable move.

In an April 2018 interview with Women's Health, Faris discussed their co-parenting situation. She declared, "What Chris and I try to do is to communicate openly." Then, the Mom actor explained,

"We reiterate that there aren't rules to this. We have a lot of love and friendship, and our big goal is to protect Jack. I cherish my family, my close friends, my child — that makes the rest of it worth it."

During the Jan. 10 episode of her podcast Anna Faris Is Unqualified, Faris discussed co-parenting while she and Pratt are in new relationships. She began, "Chris and I work really hard because we have Jack. That is sort of the long game idea and making sure Jack is really happy, which makes us really happy."

Faris elaborated, "We have sort of the luxury of circumstance. You know, we are both in other loving relationships." Then she admitted, "But it’s like, how do you not in general sink into a place of bitterness?" If Faris sinks into that place of bitterness, it's clearly in private and definitely understandable. But in public, she really does what she can to be supportive.

When Pratt and Faris were together, they epitomized relationship goals to a lot of fans. Now, they are the pinnacle of coparenting goals as two of the most amicable exes of all time.