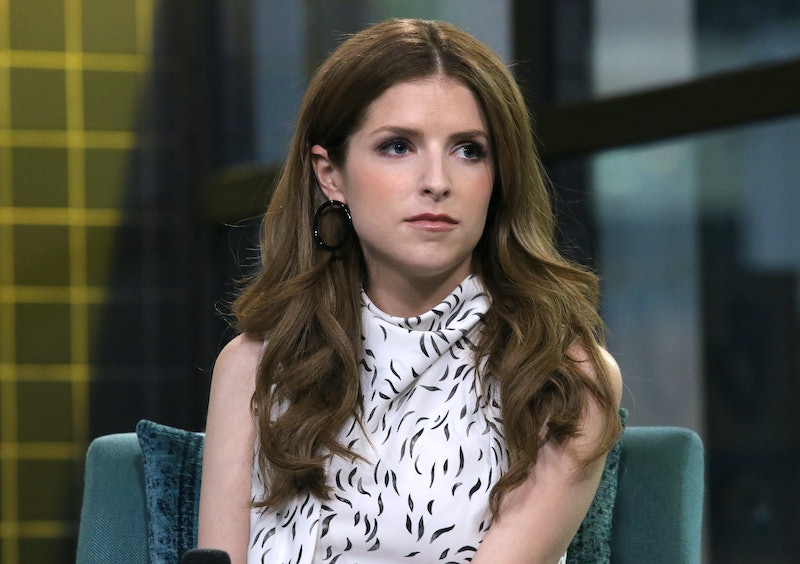 Even twelve years after its release, Twilight continues to make headlines, but not in a way one of the stars had hoped. Anna Kendrick said her Twilight comments becoming clickbait isn't what she wanted when she opened up about filming the 2008 movie in a new interview with Vanity Fair published on June 5. Looking back at her career in the interview, Kendrick joked that making the film based on Stephenie Meyers' books was "miserable," a categorization that immediately became headline news.

After seeing a tweet from Entertainment Weekly on June 10 that read, "Anna Kendrick reflects on 'miserable' time shooting 'Twilight,'" the actor was quick to respond. "Oh. I thought we stopped doing this 'actress makes a dumb joke about the cold weather but we turn it into clickbait anyway' sh*t in like 2014. U okay hun?" she tweeted.

While chatting with Vanity Fair, Kendrick said, "The first movie we filmed in Portland, Oregon, and I just remember being so cold and miserable." She added, "I just remember my Converses being completely soaked through and feeling like, 'You know, this is a really great group of people and I'm sure we would be friends at a different time, but I want to murder everyone.'" She also said that weather conditions weren't "quite as intense" while filming the second movie, The Twilight Saga: New Moon, and joked that at one point all the movies started "to blend into one."

Kendrick played Bella Swan's (Kristen Stewart) friend Jessica in four of the movies. And even though she didn't play a big leading role, Kendrick's comments about Twilight have always garnered a lot of attention. For example, in November 2018, she posted a hilarious tweet following Twilight's 10-year anniversary when she joked, "Holy sh*t. I just remembered I was in Twilight."

And, this also isn't the first time Kendrick's spoken about filming in horrible weather conditions. In her 2016 book, Scrappy Little Nobody, Kendrick wrote about Twilight (via The Washington Post), "Wet and cold is not an environment conducive to making friends." She also wrote, "Extreme cold messes with you. The elements don't discriminate. And no amount of 'you're getting paid to do this' matters when your body's basic survival requirements are in play."

To recap: Kendrick's comments about the "miserable" weather conditions are far from new and she'd appreciate if some people wouldn't turn her honest, yet not-so-serious comments, into "clickbait."