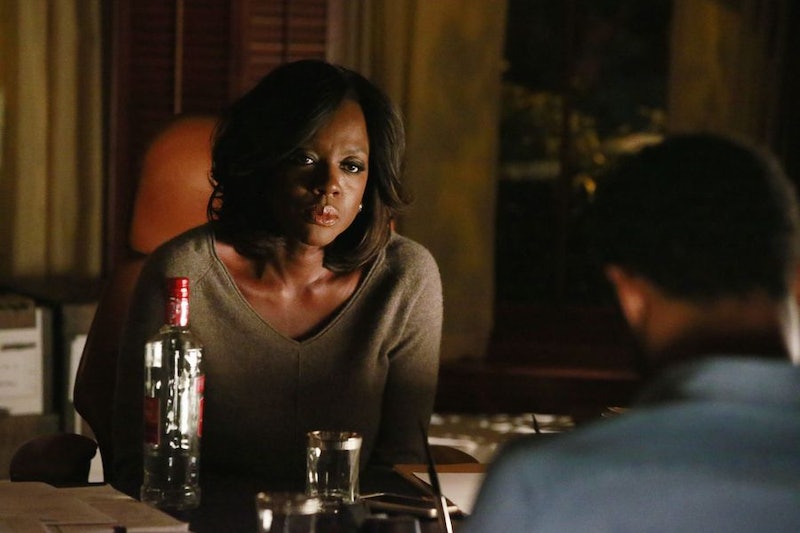 Annalise was giving a heart-wrenching speech to her AA support group, talking about the sons that she lost — the first is the baby who was stillborn following the car crash orchestrated by the Mahoney family, and the second is Wes, who is a surrogate son. Not a blood son. Wes' original name is Christophe, and his mother is Rose, the late maid of the Mahoney family. Charles Mahoney, the son of Wallace Mahoney, patriarch and douche, sexually assaulted Rose, resulting in Christophe's birth. Following Rose's suicide (she was going to be made to testify for Charles in a murder trial, and she couldn't take it), Annalise felt responsible for Christophe and kept an eye on him. A decade later, Annalise got him into law school and took now-Wes under her wing. Since Wes' mom died around the same time as Annalise's baby, it makes sense that she views him as her almost-son, but they are not actually blood.

Annalise likes to project, imposing her feelings and thoughts on whomever she can, and it seems like Wes was the person she loved to impose on the most. Since his death, Annalise is unhinged, and her throwing Wes under the bus (she told the District Attorney that Wes killed Rebecca, Sam, and himself in order to get her own charges dropped) may make her come even further unglued.