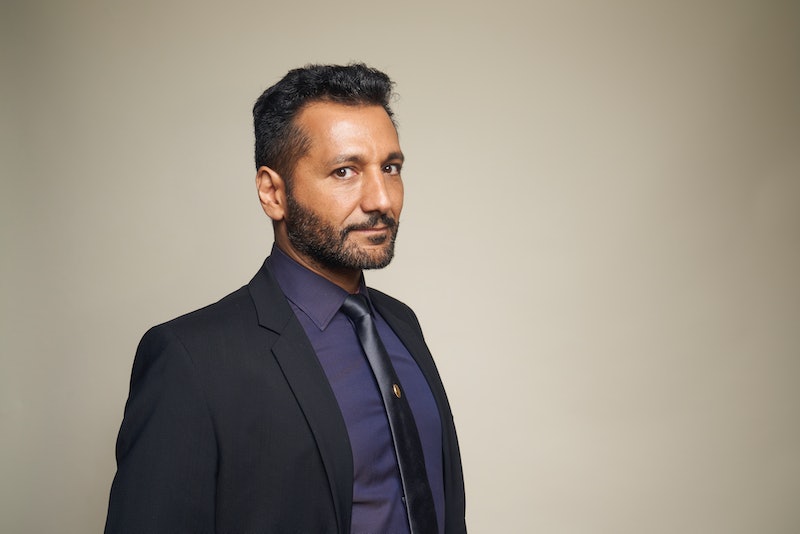 Cas Anvar is most well-known for playing main character Alex Kamal on the sci-fi TV series The Expanse. He also plays Sanjay Desai on The Strain, and has had movie roles in Argo, Room, and The Operative. Talking to Temple of Geek, Anvar described himself as "a huge nerd," and said that being able to play characters in massive sci-fi and fantasy properties is "like a dream" for him.

Anvar's role in HTGAWM seems to pay homage to his strong sci-fi track record, as Robert introduces himself to the Caplan & Gold team by making a Star Trek joke and flashing the Vulcan salute. (Asher and Conner look appalled at this show of geekery, but in the background you can see Annalise actually finds it endearing!) Later when Annalise confronts Robert about what he and Flirt Inferno are really hiding, he makes a quick joke about speaking Klingon to try and deflect, before letting her in on the secret about Flirt Inferno's shady algorithm.

Robert is not just there to add geek culture references to the show though, as he makes it clear that he's also attracted to strong, independent women — and who's stronger than Annalise? HTGAWM's complex women are likely what drew Anvar to the project to begin with. When discussing The Expanse to Brief Take, Anvar praised how the show elevates the female characters, noting that "every single one of our female leads is completely independent and completely essential to the story." Similar to HTGAWM, Anvar pointed out that he loves how diverse The Expanse is, and that from Season 2 onward the show is all about "non-white, badass, strong-willed women."

On HTGAWM, Robert really does seem invested in really getting to know Annalise, warts and all. He opens up to her right off the bat: he has bad credit and is lactose intolerant, and he'll pursue her to the ends of the earth if that's what she wants. Annalise surprisingly trades secrets with him: she's an alcoholic, has anger issues, and is "messy, broken."

Robert may very well be a normal, healthy guy who's just there to be a final love interest, but of course in the world of HTGAWM, even the sweetest guys can have a dark side. Fans are already suspicious of him, with Reddit user Chuckpn21 theorizing Robert secretly is FBI, and the dead informant of Season 6 is actually Robert himself. "He seemed so genuine, but granted Sam did too," another user agrees.

JamesBondsss on Reddit doesn't trust Robert either, and their theory is that Robert is only getting involved with Annalise because he's secretly working with Governor Birkhead to take her down.

Has HTGAWM made us all permanently paranoid about any man that walks into Annalise's life? Probably. If he really does end up being a good guy, Anvar's got his work cut out for him to prove to fans that Robert really is worthy of Annalise.