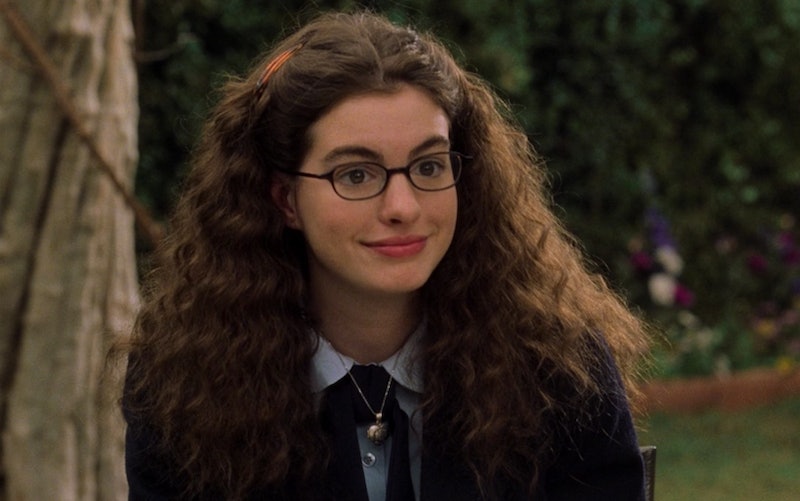 Like Hathaway, many celebrities (Tracee Ellis Ross, Halle Berry, and more) have been participating in the pillow challenge, which combines Instagram challenges, fashion, and quarantine. To participate, all you have to do is wear a pillow, fastened with a belt around your midsection to make it look like you're wearing a dress. That's it, but Hathaway took it to the next level by channeling The Princess Diaries and its movie poster. If you don't recall, the poster for the first movie saw Hathaway in Mia's fancy white gown and crown from the end of the film, accessorized with her all-American girl headphones and sunglasses, standing in front of Julie Andrews as Queen Clarisse.

Hathaway even let the movie inspire her caption. She appropriately wrote next to her post, "A Queen is never late; everyone else is simply early," which fans will recognize as the Queen's signature phrase.

It's nice to see that Mia still holds a special place in Hathaway's heart. And, who knows, maybe seeing this will inspire fans to start actually working on a third Princess Diaries movie (Hathaway and Andrews have both signaled they'd be up to return to the franchise). Better late than never.