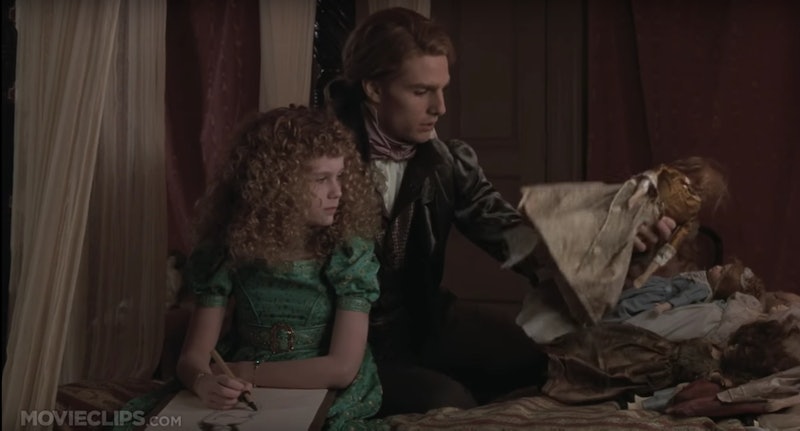 When you think of vampires in pop culture, there are a few major series that probably come to mind: Buffy the Vampire Slayer, Twilight, and Anne Rice's Vampire Chronicles. The wildly popular book series has already seen a couple of film adaptations from 1994’s Interview With the Vampire starring Tom Cruise and Brad Pitt, to 2002’s Queen of the Damned starring Aaliyah and Stuart Townsend — but now Hulu is adding to the on-screen fanfare with a new series adaptation. According to an article in Variety, Paramount Television and Anonymous Content acquired the rights to the books back in April 2017 and are currently signed on to produce the series.

Anne Rice will also executive produce the series, along with her son Christopher Rice, who wrote the original script for the project. Bryan Fuller, known for his work on shows like Pushing Daisies, Hannibal and Neil Gaiman's American Gods, was previously attached to the project, but exited earlier this year. According to Variety, the project is currently seeking a showrunner, and there is no word yet on who will star or when the series is slated to premiere.

The Vampire Chronicles is the latest in a string of book-to-TV adaptations that Hulu has undertaken, from the hugely-popular and award-winning The Handmaid's Tale to the upcoming limited-series based on Joseph Heller's Catch-22 — which George Clooney is set to executive produce, direct and star in — the recently announced series based on Isabel Allende's The House of the Spirits, and the upcoming adaptation of Celeste Ng's Little Fires Everywhere with Reese Witherspoon and Kerry Washington signed on as stars and executive producers.

Anne Rice's series follows Lestat de Lioncourt, a French nobleman turned into a vampire in the 18th century. The first book in the series, Interview with the Vampire, was published in 1976, and follows Louis de Pointe du Lac as he tells a young reporter the story of how he had been made a vampire in 18th-century New Orleans by Lestat. The original series was written as a trilogy, and the final book, Queen of the Damned, was published in 1988. Subsequent Lestat novels were published in 1992 and 1995 — there is no word yet on which of the books the TV series will choose to focus on. But if it's as popular as the Hulu adaptation that have come before it, we'll be reliving our mid-2000's vampire-obsession for seasons to come.