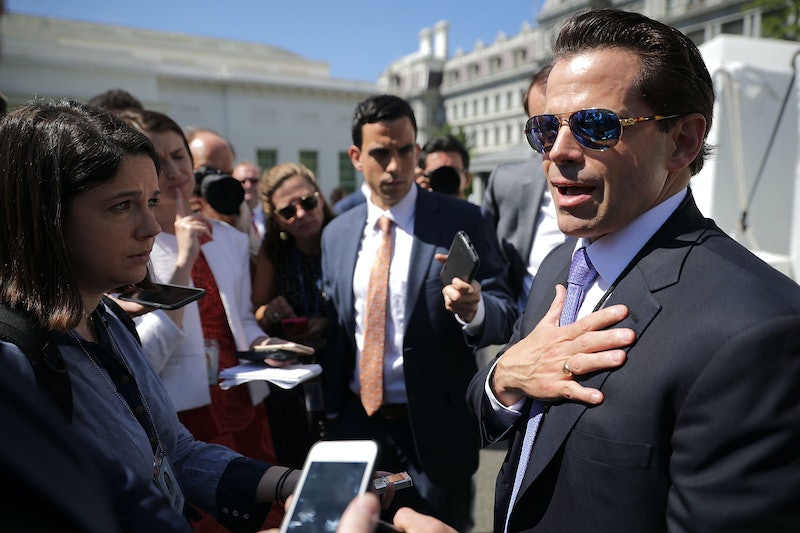 Scaramucci was appointed communications director late last week, despite the objections of Chief of Staff Reince Priebus and Press Secretary Sean Spicer, who resigned in protest.

When asked about a particular member of Trump's press staff, Scaramucci said the he was indeed considering firing that person, as media outlets had reported. “This is actually a terrible thing,” Scaramucci said. “The fact that you guys know about it before he does really upsets me as a human being and as a Roman Catholic, you got that? So I should have the opportunity, if I have to let someone go, to let the person go in a very humane, dignified way.”

The first member of the White House press department to leave after Scaramucci's appointment was assistant press secretary Michael Short, who resigned on Tuesday after reports emerged that Scaramucci planned to fire him. Short, however, maintained that he never leaked any information. “Allegations I ever leaked anything are demonstrably false,” Short said, according to POLITICO.

It seems like Scaramucci, a financier who once worked at Goldman Sachs, is determined to stop the media from reporting administration-related scoops no matter what. “If I’ve got to get this thing down to me and Sarah Huckabee,” he said, “then the leaking will stop.”