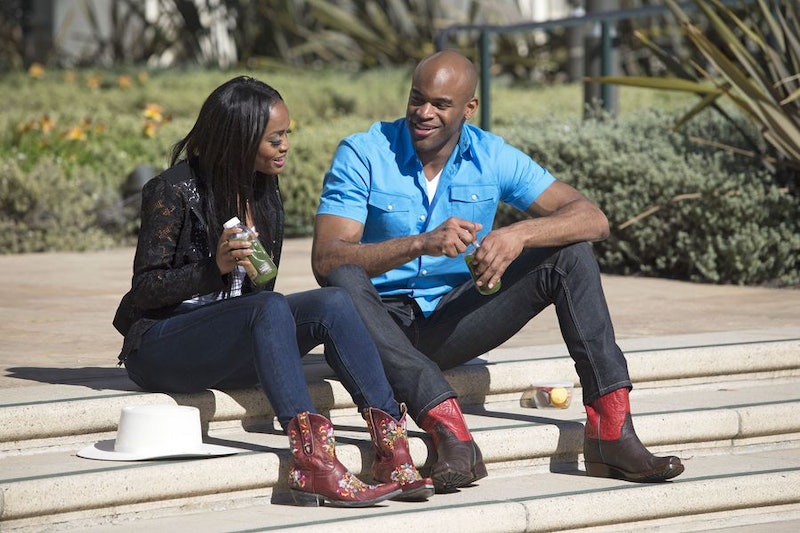 It's probably far too late to start a Bachelor campaign for Anthony, but after The Bachelorette: Men Tell All special, he should go down as one of the most eloquent, thoughtful members of Rachel Lindsay's Bachelorette cast. When the cast banded together to discuss how Lee's tweets and his actions on the show both had racist undertones, Anthony's speech on The Bachelorette: Men Tell All highlighted a larger issue in this country. The speech also perfectly summed up how Lee could both believe he's not racist and still harbor ingrained hatred in his heart that expresses itself in different ways. While Anthony was largely soft-spoken during the season and wasn't present for many dramatic moments, his explanation of how unconscious bias works is a perfect distillation of a concept that the rest of the (equally smart and well meaning) cast was struggling to explain.

But in less than a minute, Anthony was able to completely break down why Lee's, to that point, non-apology, was totally insufficient. "I understand where you're coming from, but I feel like you haven't acknowledged what we're trying to forgive you for. I think you're just saying you're a bad person, but I don't think you're acknowledging the kind of invisible racism in your mind. You may not be doing it intentionally, but it's still motivating your actions," Anthony begins, and that's a spot on explanation for what happened between Lee and Kenny on the show. Kenny said he didn't feel overt racism radiating off of Lee during the show. But how Lee went about tweeting how the NAACP is "racist" to picking fights with Eric and Kenny on the show was hard to ignore. He may claim to "hate racism," but as Anthony points out, he might just be ignoring it.

Anthony's speech continued: "It's ingrained in your behavior to the point of invisibility. It's still pushing you to behave in a certain way towards Kenny, towards Eric, towards me, in a way that you don't even recognize. So where are you now? Are you acknowledging that even if you didn't intend it, are your actions motivated by racist thoughts that are implicitly embedded in your mentality? That's the real question." Let's just say that the standing ovation following these comments was well-deserved.

While most people of color have probably dealt with at least one or two "Lees" before, being able to articulate the insidiousness of "invisible" racism while on television and explain it to a person who's attempting to deny it exists is no easy feat. Anthony didn't have many memorable moments on The Bachelorette, but this Men Tell All speech is certainly one of the season's highlights. It made a really important point about holding Lee responsible for his actions and managed to address a larger issue all in one. On a night that was filled with tension and tough moments, he never let Lee off the hook — so viewers (and Lee) owe him a giant thank you for that.