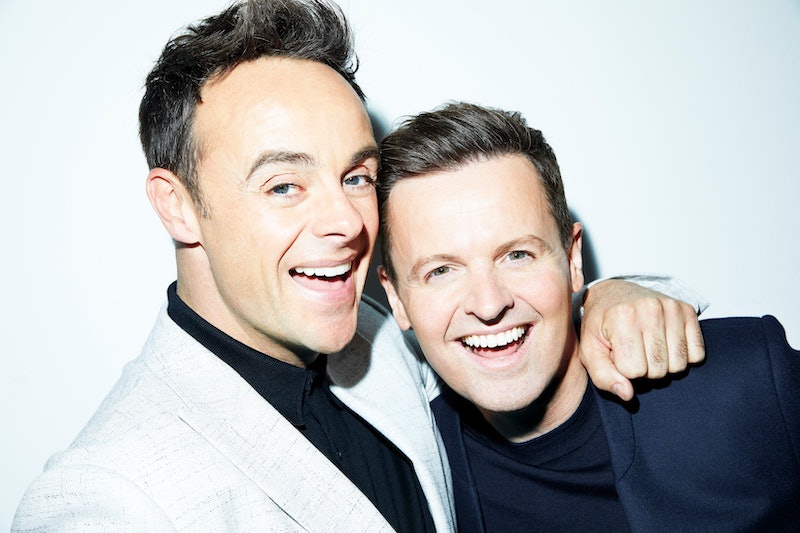 On Sunday night (Nov. 10), the first part of ITV's Ant and Dec's DNA Journey ended on a mighty cliffhanger. It seemed as though they were teasing that they may share a distant relative or whether their families crossed paths at some point, leaving many viewers wondering are Ant & Dec related?

Drumroll... they are! The pair share a very unique DNA marker that was recently discovered after the bones of a Viking warrior was unearthed in Dublin, which makes them distant cousins. "There's really only one way to share a DNA marker like S660, and that's because you're related," one of the show's genealogists said. he went on to explain how the warrior died over a thousand years ago in 790AD, and how exactly the duo's ancestry traces back to him.

"What's totally amazing to me, is that when his DNA was analysed, it was shown that he carried the S660 marker," he continued. "This is the same marker that Ant carries, and the same marker that Dec carries. This Viking warrior is directly related to them in the father line."

Breaking the news in an Irish castle linked to Dec's family, he read out the new information to Ant who exclaimed his excitement about the results. Dec followed with justified surprise, which Ant took the opportunity to joke about as it also sounded like he wasn't too pleased with the situation. "No? Ah, disappointed are we? Oh, I see, thank you very much!" Ant joked.

At the end of the episode, the pair spoke fondly of their newfound relation and how it fits into their decades-long friendship. "He's like another part of me, it would be like losing a limb if I lost him in my life," Dec said (via Metro). "We've cried, we've hugged and we've laughed, and we've realised why we're such good friends."

Ant obviously had similar sentiments, so keep the tissues close by. "Dec means the world to me. I love him. We're friends, we've got that brotherly connection, but it feels even deeper though now."

"Doing this show has kind of made us look at each other in a different way. We respect each other more if that makes sense. He means the world to me, Dec."

You can stream Ant and Dec's DNA Journey on ITV Player.