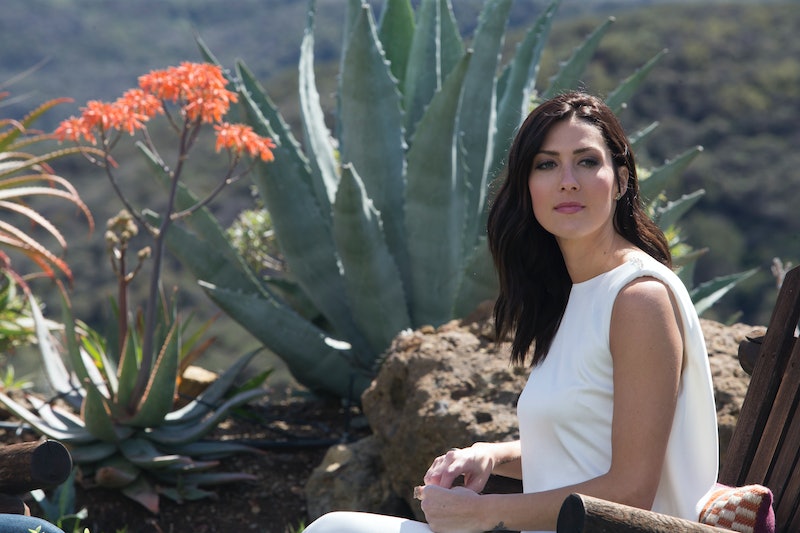 Screw the relationships that the Bachelor and Bachelorette contestants have with the main player of the show — the most important bonds are those between the contestants. You spend any amount of time with a person for like eight weeks without television, Internet, or books, and you’re going to come home best friends forever. It happens every time. The women on Arie’s season of The Bachelor seemed hella tight, so are Bachelor stars Becca and Tia friends?

As I said, Tia and Becca met on Arie’s season of The Bachelor, and, yes, they seemed like they got really close, really fast. They were always together on Arie’s season, and even though they both got really far in the competition (Becca won the whole damn thing, as she would say), there never seemed to be any animosity. And before Becca started her thing as the Bachelorette, Tia posted a picture on her Instagram of the gals from Arie’s season congratulating Becca when her Bachelorette announcement was made.

People like to think that women tear each other down and like to be catty, but in reality, women like Tia and Becca build each other up. Their social media is so supportive of each other. BFFs for life, thanks to Bachelor Nation.

I mean, Tia and Becca are friends. They're in every social media pic together from their time on The Bachelor. This is an easy call.

Unfortunately, things may get a little complicated, because, according to Becca, she and Tia dated the same guy. No, not Arie — a different guy. A guy that Becca didn't know about until he showed up on her season. Colton! Yep, former football player and new Bachelorette contestant Colton dated Tia when she was fresh off of The Bachelor. According to Life & Style, the world doesn't know exactly what happened between Tia and Colton, but Colton allegedly slid into Tia's DMs when The Bachelor wrapped. In another Life & Style article, it was reported that Raven Gates, who is Tia's best friend and was also on Nick's season of The Bachelor, said that Tia was chatting up one of the future cast members of The Bachelorette, so if we want to put two and two together, Colton and Tia were hanging out a little bit before he was on The Bachelorette.

Luckily, this whole thing won't be a big secret for very long — Becca has addressed the issue, telling Entertainment Tonight, "yeah, [Tia and Colton] did have a past, so that's something Tia and I had conversations about. They dated. I don't know how serious it was, but you'll see all of that unfold throughout the season as well." OK, great. So this is clearly not a deal breaker for Becca's relationship with Tia, because she and Tia are talking. It's not either of their fault, really — would I have started talking to someone who might be on my friend's season of The Bachelorette? Probably not. Would I have chatted up the future Bachelorette's friend before appearing on her season? Also probably no, but maybe Colton didn't know at the time.

Not that it seems to be hurting Colton's chances with Becca. Becca told Entertainment Tonight:

"Colton, night one, I remember thinking how big of a heart he had. What really drew me to him that first night was the fact that he had started a nonprofit [for cystic fibrosis], and that's something near and dear to my heart because two of my cousins have it. So night one, I felt like we really connected over that. And he's easy on the eyes."

In any case, it's comforting to know that no matter who Becca and Tia end up with, they'll still be pals.